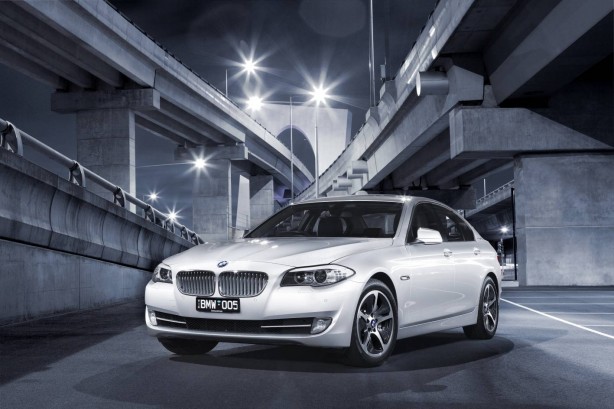 We don’t generally associate driving pleasure with hybrid vehicles, but BMW is hoping to change that with a series of ActiveHybrids due for launch locally, starting with the BMW ActiveHybrid 5. The other two, the ActiveHybrid 3 and 7 will eventually join the line-up later this year and in early 2013 respectively.

Priced from A$122,900, the hybrid BMW 5-Series is based on the 535i and combines the brand’s 225kW 3.0-litre turbocharged straight six-cylinder petrol engine with a 40kW electric motor that is nestle between the engine and the transmission. The two systems are mated to an 8-speed automatic gearbox driving the rear wheels and produce a combined 250kW and 450Nm of torque. The result is a very un-hybrid like 0-100km/h sprint of 5.9 seconds. 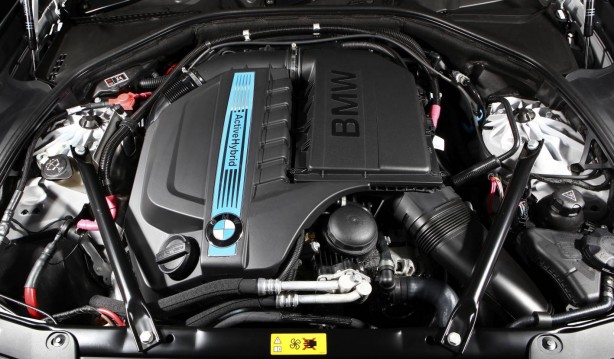 Power for the electric motor is supplied by a high-performance lithium-ion battery in the boot, which enables zero emission driving at lower speeds of up to 4km. The batteries are primarily charged during coasting or braking. On top of that, the combustion engine can be switched off and fully decoupled while costing at speeds of up to 160km/h in ECO PRO mode.

Together with a start-stop function, the ActiveHybrid 5 returns an average of between 6.4L and 7.0L/100km of combined fuel economy and CO2 emissions of 149 – 163g/km, depending on the wheel and tyre combination. This compares with 11.9L/100km for the 535i. 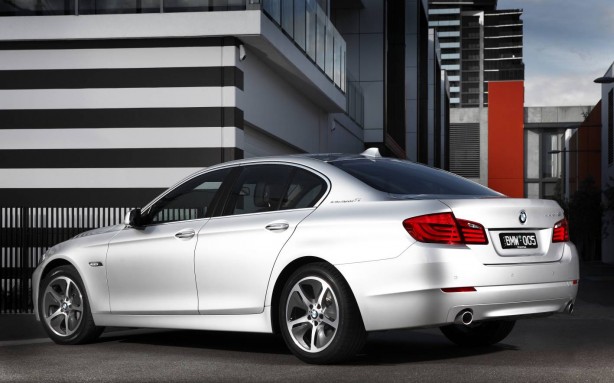 The ActiveHybrid 5 shares most of the 535i’s standard features such as Bi-Xenon headlights, Bluetooth connectivity, Head-Up Display, internet function and Professional Navigation. On top of that, it has a 4-zone climate control system with stationary air conditioning.

The ActiveHybrid 5 will arrive in Australian showrooms in October.