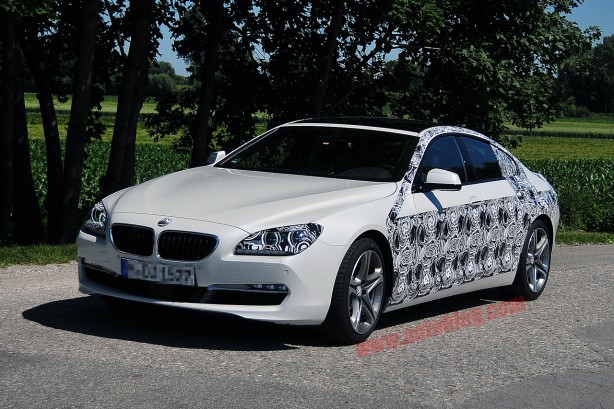 A few weeks ago, we brought you some official patent images of BMW’s upcoming four-door coupé. Now, some eagle-eyed carparrazi has snapped the Mercedes CLS rival wearing only minimal camouflage.

BMW is one of the last to entre the luxury four-door coupé segment, started by Mercedes-Benz. Other manufacturers such as Audi and Porsche have already been on the market for sometime with their A7 and Panamera respectively.

The latest addition from Munich is based on the recently launched 6-Series platform, which in itself is a derivative of the 5-Series architecture. The as yet unnamed coupé, currently known as the Gran Coupé, will also share its turbocharged 6 and 8-cylinder engines with the 5 and 7-Series line-up.

BMW is expected to launch the car in 650i guise, equipped with the company’s 4.4-litre twin-turbocharged V8. We expect the production ready car will make its debut at the Frankfurt Motor Show.