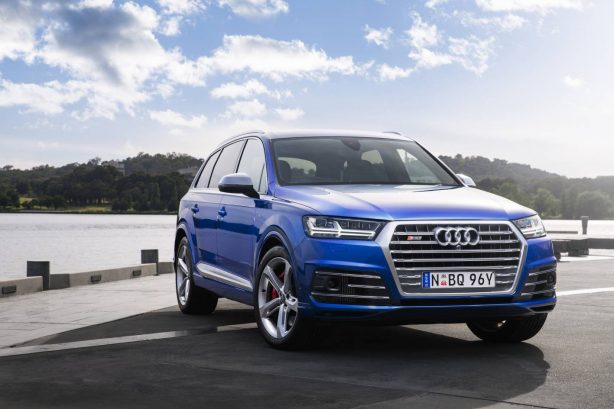 The engine’s two variable-vane exhaust turbochargers sit inside the V8’s 90-degree vee, and operate in series to produce a maximum of 2.4 bar boost. They are supported by an electric compressor that acts like a supercharger to drive the turbochargers when exhaust gas pressure is insufficient. This innovative solution eliminates ‘turbo lag’, as the compressor wheel can spin up to 75,000rpm in less than 250 milliseconds. 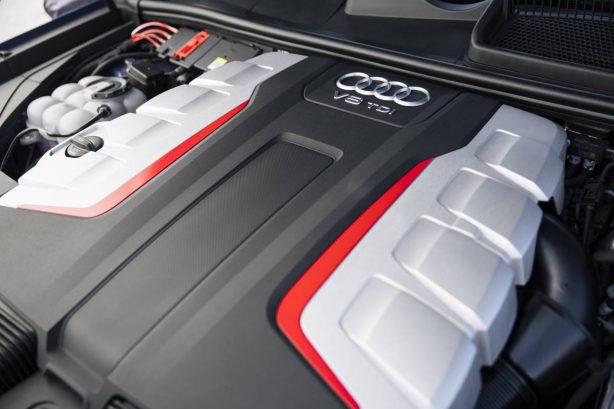 In order to provide the electric compressor with enough energy (up to 7kW is required) to spin up so quickly, a world-first 48-volt electrical architecture runs in parallel with the standard 12-volt system that powers the usual ancillaries. A compact lithium-ion battery can store up to 0.5 kWh and can deliver up to 13 kW.

This power is also used by another 48v system that makes its debut in the SQ7 TDI – the electromechanical stabilisation system. In the simplest terms, the front and rear anti-roll bars are twisted against each other by two electric motors during sporty driving to ensure tight body control, whereas they are decoupled while cruising over bumpy roads to ensure excellent ride comfort. To further support agile handling, a Dynamic Package priced at $13,500 brings an all-wheel steering system and the quattro self-locking centre differential on the rear axle. 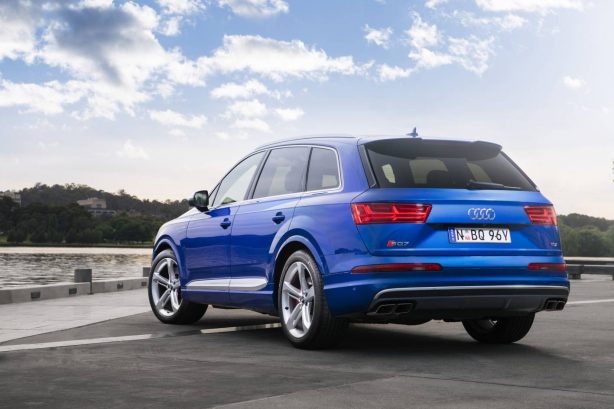 The SQ7 TDI rides on a specially tuned adaptive air suspension system, and to further boost its appeal, it also features a sports exhaust system with sound actuator for a distinctive engine sound inside and outside the car.