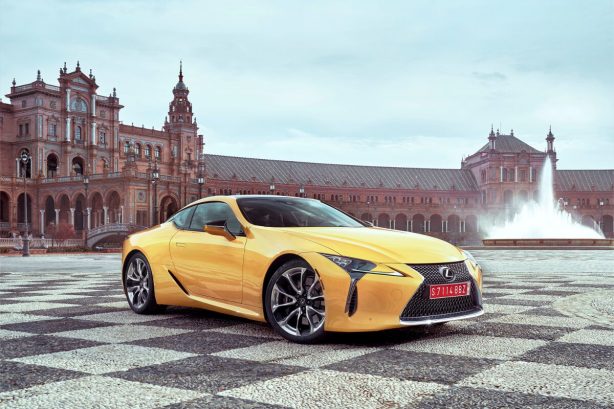 Lexus has announced full technical specifications of the LC 500 coupe and its hybrid-powered counterpart, the LC 500h.

Set for a global launch in 2017 the luxury four-seater is being hailed by Lexus as the strongest ever statement of its brand direction. Inspired by the stunning LF-LC concept at the Detroit Motor Show in 2012, the production model is underpinned by the company’s new Global Architecture Luxury (GA-L) platform, said to be the most torsionally rigid ever produced by the company. The new GA-L platform will also serve as a blueprint for all future front engine, rear drive models from Lexus. 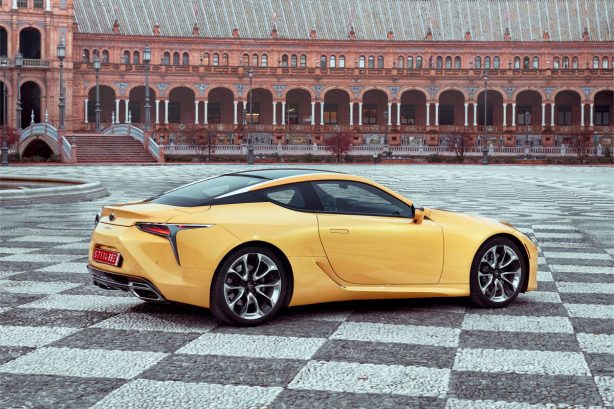 The petrol-electric LC 500h features the brand’s newly developed Multi Stage Hybrid System. This next generation hybrid powertrain is said to have been specifically designed for performance vehicles. Under the bonnet packs a 3.5-litre V6 petrol engine and an electric motor, which gets its power from a lithium-ion battery pack located above the rear axle.

The system produces a total power output of 264kW and 348Nm of torque, which are channeled to the rear wheels via a combination of 4-speed automatic gearbox and continuously variable transmission. The new 4-speed auto-CVT partnership, a first for a Lexus hybrid, is able to multiply each of the first three physical gears in the automatic transmission three times – turning three real ratios into nine virtual ones; the fourth physical ratio acts as an overdrive, enabling the V6 to spin at a much lower rpm when cruising.

In essence, the additional automatic gearbox works in combination with the CVT to deliver 10 specific gear ratios, just like the 10-speed auto in the non-hybrid LC 500. The new drivetrain is also capable of breaking traction, so for the first time you’ll be able to smoke the rear tyres of a Lexus hybrid. 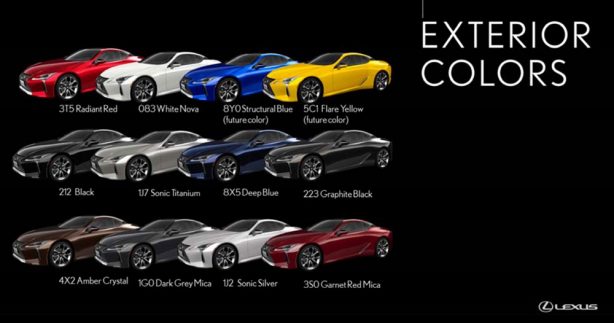 There are four interior color schemes to choose from — Mid Brown, Rioja Red, Black, and the vibrant Bespoke White. 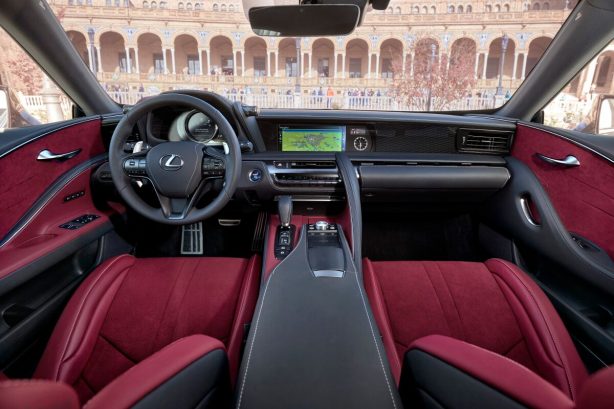 The LC 500 and LC 500h will hit showrooms worldwide, including Australia, in 2017. It will rival the likes of BMW 6 Series, Mercedes Benz S-Class Coupe and Jaguar F-Type.