Beijing issues a ‘Red Alert’ over smog; bans half its cars 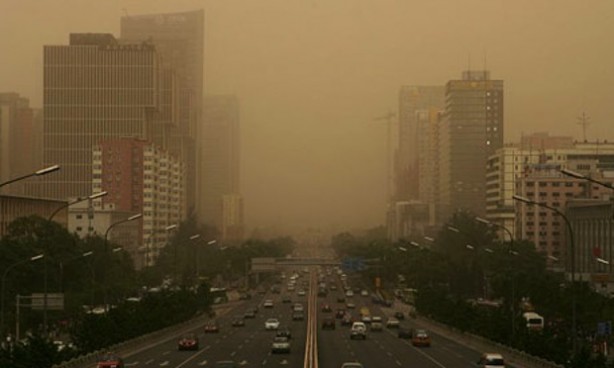 In a drastic attempt to reduce smog, Beijing officials have issued a ‘Red Alert’ imposing driving limitations, essentially halving the number of cars allowed on the road.

The driving restrictions ensure that vehicles can only be driven on alternating days. The scheme works by alternating vehicles based on what number their license plate ends on; those with odd numbered plates are allowed to drive one day and even numbered plates permitted to drive the following day. Electric and hydrogen fuel cell vehicles are free to drive at any time as they do not emit pollutants.

According to the World Health Organization, Beijing’s air pollution can exceed the recommended limit in some areas by almost 40 times. The air quality is so bad that whenever there are international summit meetings or events, such as the Olympics, hosted in the city, leaders have to forcefully shut down factories in order to clear some of the sky’s pollution.

The driving ban has prompted significant interest in alternative fuel vehicles and is set to make Beijing the worlds largest market for electric/hydrogen vehicles.