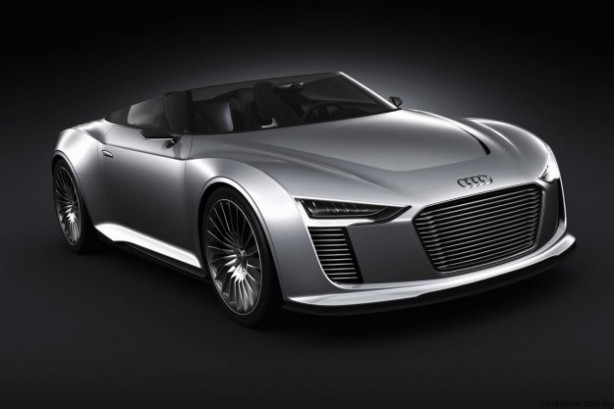 A smaller mid-engined rear-drive sports car previewed by the E-tron Spyder concept is about to join the Audi R8 in a few years’ time. Likely to be called the R4, the car has received the official green light for production from VW Group Chairman, Rupert Stadler.

Porsche will play a major role is developing the R4’s platform, which will be shared with a new entry level Porsche and Volkswagen two-seaters. The project was very close to being shelved after concerns that it was too close to the established Audi TT.

“We have not abandoned plans for a roadster along the lines of the E-tron Spyder,” a source revealed. “We have reached a stage where we are moving forward and are now in the process of progressing the business case further, but it won’t go on sale until after the third-generation TT.” 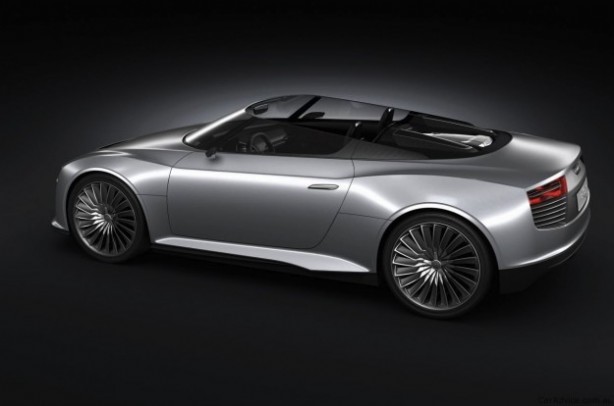 Audi was reluctant to reveal the R4’s exact launch date but confirmation that it will come after the TT suggests that sales will start towards the end of 2014. “We have to make sure there is space in the line-up without causing a conflict with existing models,” an insider revealed to our source at Autocar. “It will definitely happen.”

This will also line up the launch date alongside the 2nd generation R8 supercar. Both cars will share styling elements inspired by the E-tron Spyder concept.

The production version of the R4 will likely share major components of its front-end structure with the 3rd generation Porsche Boxster. However, the rear structure will be “radically different”, according to an Audi insider.

The new sports car will initially be launched with two petrol engines, which are mounted transversely behind the cabin and drive the rear wheels. This layout allows significant parts sharing with front-drive engine and gearbox modules. It is possible the car will be launched with a modified version of today’s 2.0-litre four-cylinder turbocharged engine, churning out 172kW of power.

The engines will be mated to the company’s 6-speed manual or 7-speed S-tronic dual-clutch transmission. A new electronically-operated differential with torque vectoring to aid traction and make cornering more neutral is also under consideration.

What is unlikely though, is an electric version based on the E-tron Spyder.