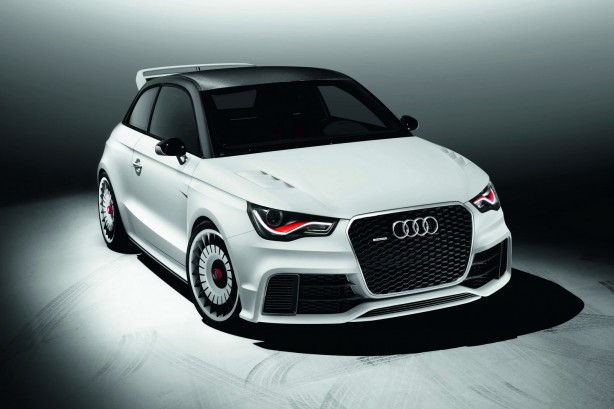 The Europeans seemed to enjoy endowing their small cars with big hearts. Audi has just revealed an A1 on steroids ahead of its debut at the Wortherseetour event in Germany this week – an annual get together of VW Group’s car admirer. The one-off concept is called the A1 Clubsport Quattro.

As you can tell from the name, Audi’s smallest model has been given the brand’s infamous all-wheel-drive system. Under the bonnet lurks a modified version of the 2.5-litre turbocharged five-cylinder engine found in the TT-RS and RS3 Sportback. It has been fitted with a bigger turbo, intercooler and wider exhaust, contributing to a monstrous 370kW of power and 660Nm of torque. All four wheels are driven by a 6-speed manual transmission, also borrowed from the TT-RS.

Visually, it would be hard to miss the A1 Clubsport if it was pulling up behind you. The car is finished in magnificent matte white paint, with a carbon-fibre roof and wings. The car is wider by 60mm compared to the standard car thanks to widened side panels. The sleek side mirrors are lifted straight from the R8. The A1 Clubsport rides on gorgeous 19-inch turbine style alloys, wrapped in 255/30 low profile tires. Meanwhile, the oversized roof spoiler is inspired by the recently unveiled Polo WRC. 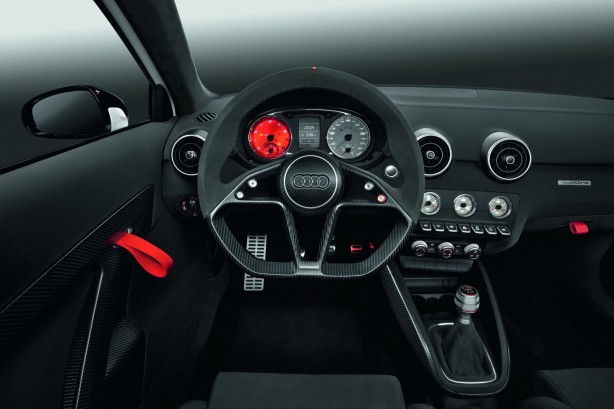 Inside, the light weight bucket seats are also taken from the R8 GT parts bin, while rear seats have been deleted altogether. They have been replaced by a large crossbar to stiffen the chassis even further. Being a proper race car, there are four-point seat belts, fabric door pulls and even storage behind the seats for a pair of A1-branded race helmets.

Although a concept car, the A1 Clubsport Quattro is available for ‘test drive’ virtually at www.world.needforspeed.com, a free to play online version of Need for Speed World, between June 1- 4.