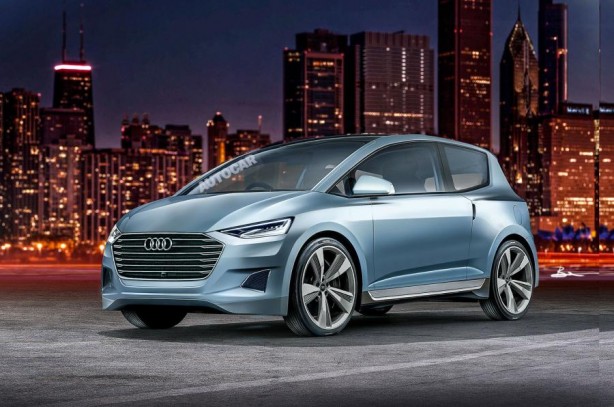 Audi is reportedly planning to launch an entry-level city car based on the Volkswagen up! platform.

According to a report by Autocar, the new youth orientated model will be Ingolstadt’s cheapest offering when it hits key global markets in 2019.

Set to adopt the A2 nameplate, the new model will sit below the Audi A1 (Yes, we know. We are a little confused with the name, too) and is powered by a choice of petrol or hybrid engines. The city car is said to be 400mm shorter than the A1 and uses Volkswagen Group’s front-wheel drive NSF (New Small Family) platform currently underpinning the up!

As the up! is already engineered to work with a hybrid powerplant – as in the e-Up, this will cut down on time and development costs.

A concept for the model is expected to appear as early as next year’s Paris Motor Show, early development already underway in Germany.

The A2 name was last used between 1999 and 2004 on a Europe only entry-level hatch. It’s boxy styling and all aluminium construction means it wasn’t overly popular and expensive to buy and repair.

By using the Volkswagen up!’s platform and drivetrain, Audi is hoping the new model will succeed where the previous have failed.

While it’s too early to speculate on the car’s styling, Autocar has come up with a rendering of the car (above). Audi is reportedly planning a basic three-door as well as a more versatile five-door hatch. A high-riding Allroad variant is also purportedly on the cards.

It would be interesting to see whether the 2019 Audi A2 would make it to Australia as traditionally, city cars aren’t very popular locally. Volkswagen Australia was forced to withdraw the up! only after a year of being on sale due to weak demand.