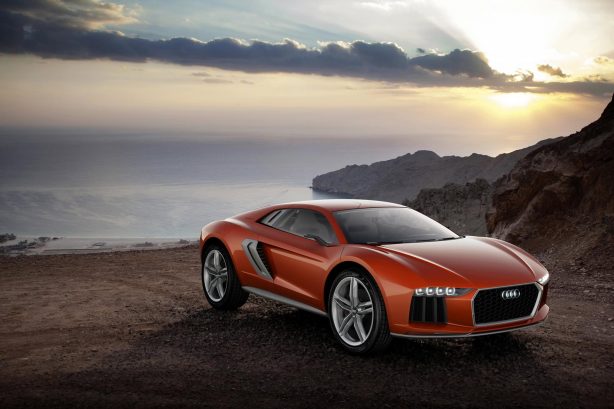 Audi has unveiled its show-stopping Nanuk quattro crossover concept.  Said to combine the dynamics of a high-performance sports car with Audi’s quattro expertise on the road, track and also off-road.

Developed in collaboration with Italdesign Giugiaro, the two-seater has a curb weight of around 1,900kg. The innovative thermal management with its separate cooling loops and the steplessly regulated oil pump contribute to the excellent fuel consumption of just 7.8L/100km on average. 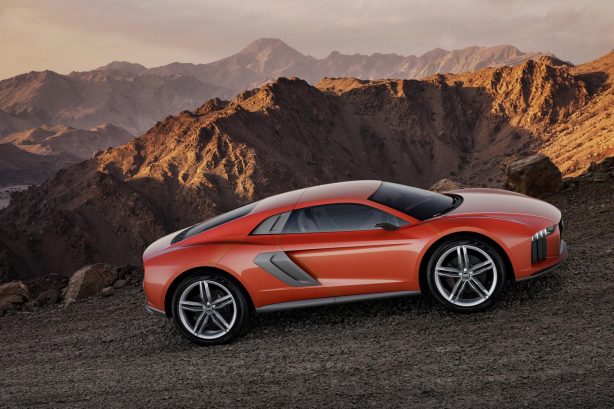 Suspended on double wishbones, the show car’s 22-inch wheels are shod with 235/50-series tyres up front and 295/45 at the rear. Behind the massive wheels are carbon fibre-ceramic disc brakes that are designed to withstand high temperatures and are extremely abrasion-resistant.

The adaptive air suspension with electronically controlled dampers features the next generation of technology from Audi. The drive can manually adjust the ground clearance of the Audi Nanuk quattro concept in three stages: Normal – 30mm lower or 40mm higher. The system also controls the level of the body itself based on driving speed and the predictive route data supplied by the navigation system.

Another technological highlight of the show car is the integral steering, which resolves the classic conflict between dynamic handling and stability. The system combines Audi’s dynamic steering at the front axle, which among other things can intervene at the cornering limit for enhanced stability, with supplemental steering for the rear wheels. Separate actuators activate the two active track rods. 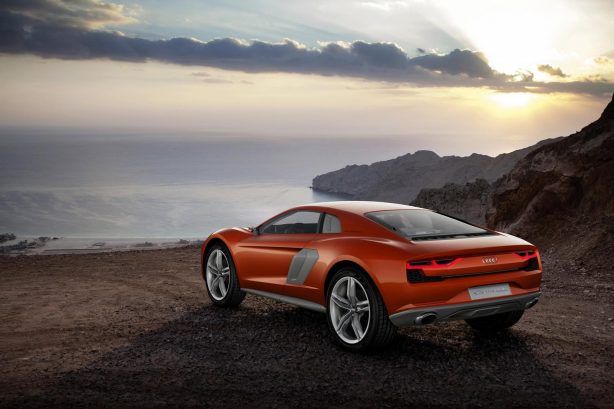 At higher speeds the system turns the rear wheels by as much as 2.5 degrees in the same direction as the front wheels. This extends the wheelbase virtually by around 140 centimeters (55.12 in) for better stability. On the highway, the show car is firmly seated on the road and masters fast corners and avoidance maneuvers with aplomb.

The Audi Nanuk quattro concept measures 4,541mm in length, 1,990mm in width and 1,337mm in height and has a 2,710mm wheelbase. Built on Audi’s aluminium space frame, with carbon fibre-reinforced polymer outer skin, the show car is finished in Extreme Red.

At the front of the show car is a very flat version of a hexagonal single-frame grille. A narrow aluminium frame encircles its insert. 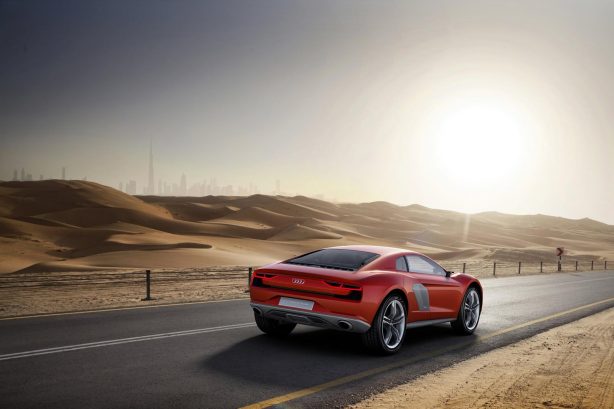 Dynamic daytime running lights accentuate the Audi signature when the car is started and also serve as dynamic turn signals. Particularly distinctive, however, is the switch between the low beams and high beams made possible by the new Audi Matrix LED technology. When driving with the low beams, the show car appears clean and open, but hunkered down and focused when driving with the high beams.

The large air inlets up front have been shifted toward the back. Three upright bars structure their interior. The blade, which forms the lower edge of the bumper, includes airflow slits. The four rings are mounted in the single-frame grille.

The contours of the fenders dominate when the Audi Nanuk quattro concept is viewed from the side. The front contour forms a sharp blister edge, a classic Audi design feature. The rear contour extends like a wave over the wheel. The greenhouse is low, and the C-pillars flow smoothly at a gentle angle to the rear of the car. In the bottom section of the flanks, very wide aprons cap the side sills. 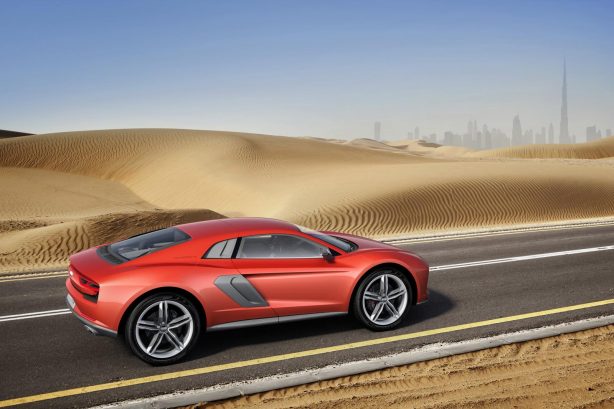 The door is sculpted. The upper and lower sections protrude boldly while the centre section is slightly recessed. The doors open upward at an angle. Delicate, wing-shaped cameras replace the exterior mirrors. Behind the door opening is a large, vertical sideblade like that on the Audi R8 high-performance sports car. It feeds intake air to the V10 TDI engine. A second, smaller blade behind the side window is moveable and facilitates the flow of air through the engine compartment.

The interplay between protruding and recessed surfaces continues at the rear of the car. A concave section extending across the entire width integrates the Audi rings, the tail lights and the third brake light, which runs as a flat strip between the lights. The license plate is mounted on another recessed surface in the lower section of the back end. The diffuser houses the two large, round tailpipes of the exhaust system.

A large rear window exposes the TDI engine. The entire rear bodywork can be flipped upward in one piece like with a race car for maintenance work. The occupants’ luggage is stowed at the front of the car, where there is room for two trolleys or a golf bag. 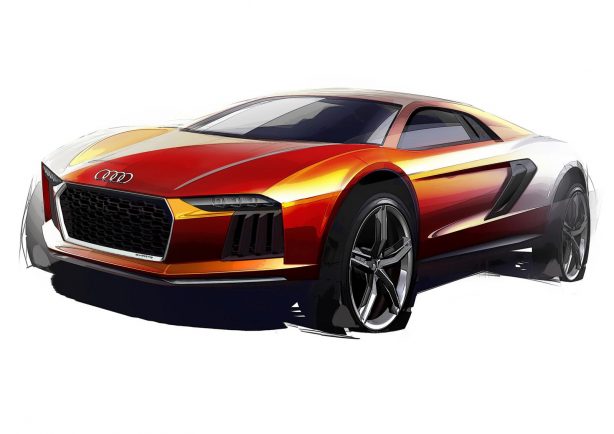 The interior of the Audi nanuk quattro concept has been reduced to the essentials. The architecture revolves around the instrument cluster. A carbon island accentuates the cockpit and provides for a clear driver focus. The instrument panel seems to float and emphasizes the horizontal lines and the width of the car. It is supported by aluminum stirrups at the center console, which have soft pads as leg rests.

Rather than physical dials and needles, the show car has a freely programmable instrument cluster. The driver can call up a variety of displays and information as desired. Two small monitors in the area of the A-pillars serve as digital exterior mirrors and display the images from the cameras on the doors. The same function is provided by the center display mounted on the headlining, which replaces the rearview mirror.

Dark aluminum shines at the front of the instrument panel, whose surface as well as the seats, arm rests and door panels is covered in fine mineral grey leather.