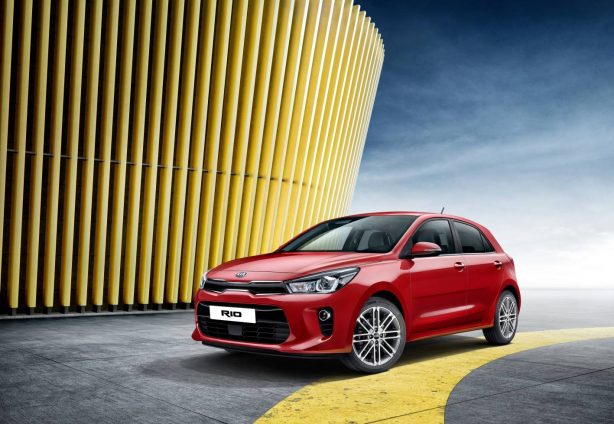 The all-new, fourth-generation 2017 Kia Rio has broken cover ahead of its world debut in Paris later this month.

The sharp looking small hatch was designed by Kia’s design centres in Germany and California, in close collaboration with the company’s global design headquarters in Namyang, Korea.

Its front fascia sports the latest evolution of Kia’s ‘tiger-nose’ grille, now thinner in height and wider across the front. The car’s new projector headlights get a Volkswagen Golf-like U-shaped LED daytime running lights, while its fog lights have been repositioned outwards within the front bumper to add greater visual width for a more stable look. Adding to this effect is the new Rio’s width, which has grown by 5mm to 1,725mm. 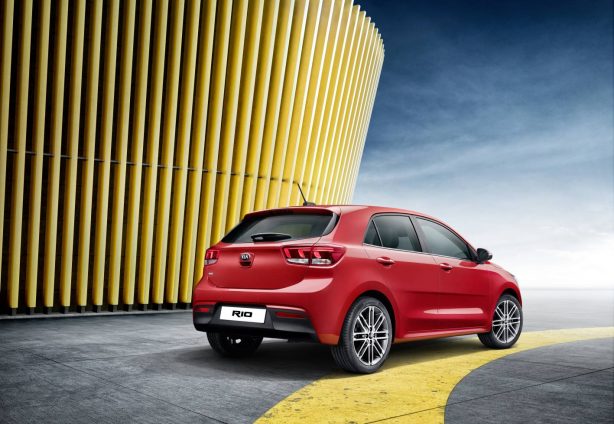 At the back, the Rio is now more upright, with a near-vertical rear windscreen and a shorter overhang. The straight line that runs from the grille, through the headlamps and along the top of the doors, continues around the back of the car, paired with thinner, more sculpted rear lamps, which now feature a new arrow-shaped LED light signature. 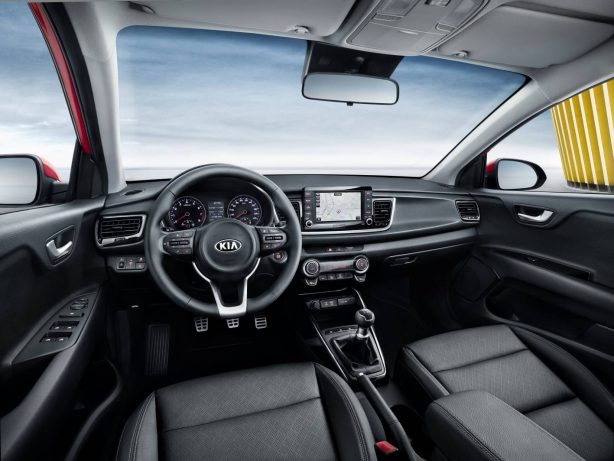 Inside, Kia’s latest small car features an angular dashboard design with straight lines running the width of the dash to give the cabin a wider appearance. The dashboard itself is now angled towards the driver, and at its centre is a new ‘floating’ high-resolution touchscreen infotainment system.

Kia says the all-new Rio will offer buyers class-leading safety technology and the latest connectivity features, along with a more assured and engaging ride and handling characteristics.

The model will enter production towards the end of 2016 for Europe and reaches Australia in the first quarter of 2017.