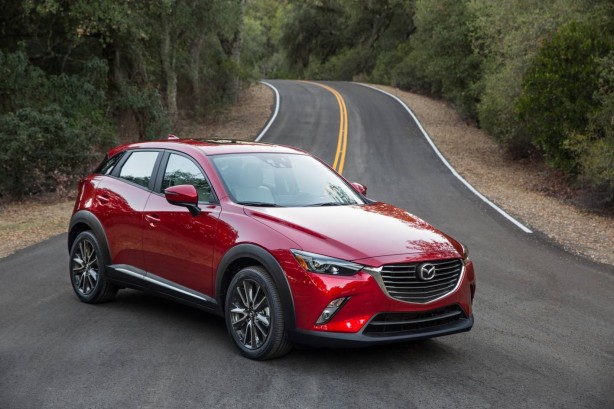 Mazda has officially taken the wraps off the all-new Mazda CX-3, only hours after the first images of the compact crossover were leaked online.

The new range-opening SUV is the fifth model in Mazda’s line-up of new-generation vehicles that feature the full range of SKYACTIV Technology. Slotted under the larger CX-5 and ever larger CX-9 models, the CX-3 is the latest interpretation of the brand’s highly acclaimed  ‘KODO – Soul of Motion’ design language. 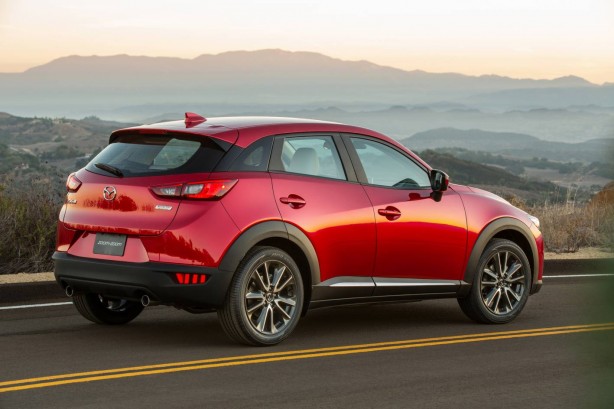 Like the rest of the company’s offerings, the CX-3’s exterior features sweeping lines and sculpted panels cut by prominent creases in a well proportioned body. A newly developed Ceramic Metallic body colour makes first application with the CX-3, employing finely honed metallic surface that gives a strong sense of hardness and changes in appearance depending on the light hitting it.

The CX-3’s interior is largely based on the Mazda2, with a driver-oriented design based on the Mazda’s Heads-up Cockpit concept. Mazda says each individual part has been refined to provide the interior with a polished, high-quality feel. Dark red accent is used on the door trim armrest and floor console kneepads, while fine piping is carefully added where different coordinated seat materials meet.

A seven-inch centre display and commander control will be standard across the range while heads-up display and Mazda Connect infotainment system will be offered in higher-end variants. 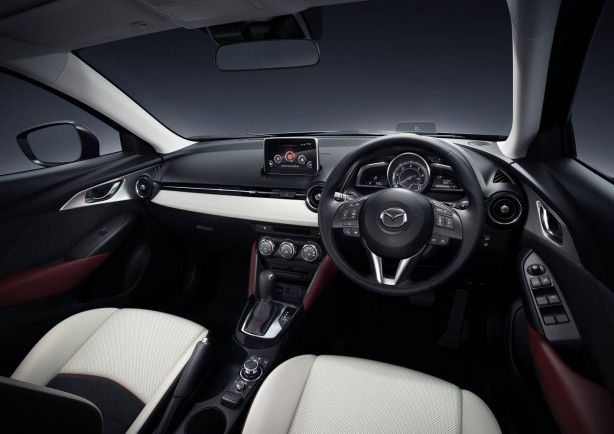 With global launches starting from Japan in the first half of 2015, the five-seater CX-3 is set to become a core model in the automaker’s line-up. It’s first public appearance will be at the upcoming Los Angeles Auto Show this weekend.

Depending on the market, the CX-3 will be available in either the SKYACTIV-D 1.5-litre clean diesel engine or the SKYACTIV-G 2.0-litre petrol unit. Both six-speed automatic and manual transmission will be offered, along with front-wheel-drive or all-wheel-drive variants. 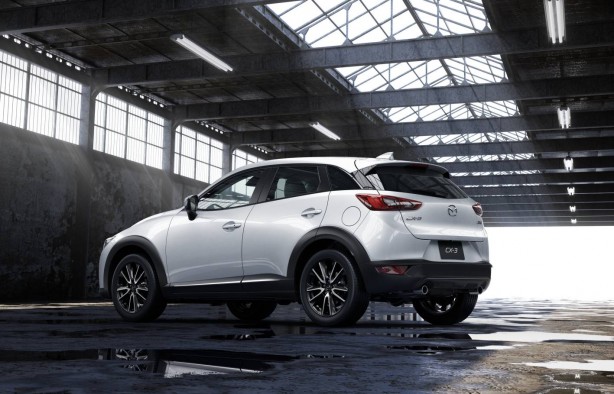 More details on pricing and specification will be announced closer to local launch.