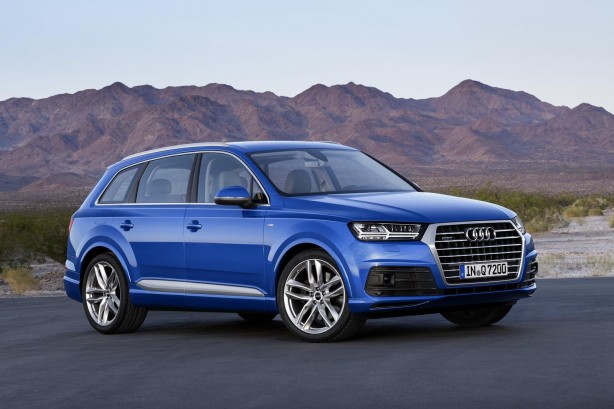 Headlining the improvements for the second generation Q7 is the lightweight body structure, some 325kg less weight than its predecessor. Audi says its new flagship SUV sets standards in the premium SUV segment, with a low centre of gravity and extremely agile handling.

Tipping the scale at 1,995kg, Audi claims the new Q7 is the lightest in its class, thanks to the use of ultra-high-strength steel forming the backbone of the occupant cell and aluminium castings for the doors, front and rear sections as well as the superstructure. 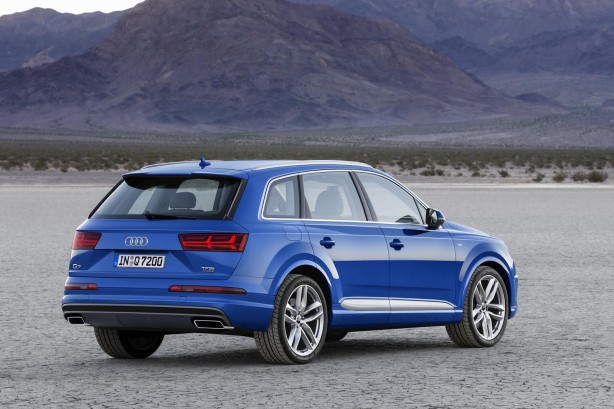 Based on the all-new MLB Evo platform that will also underpin the next-generation Porsche Cayenne and Bentley’s first SUV (previewed by the EXP 9 F concept), the new Q7 sports an evolutionary styling and adopts the brand’s latest single shield grille that first made its debut on the Audi Crosslane Coupe concept. At the back, the new taillights have lost its round edges and appear more chiseled.

The most dramatic change though, is the interior that looks to be lifted straight off Audi’s latest concepts. It looks classy and sports the premium brand’s latest digital instruments and a brand new steering wheel. 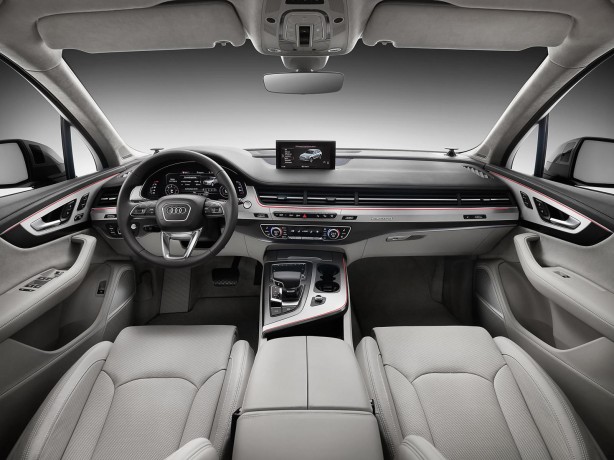 The 2016 Audi Q7 carries over the range of 6- and 8-cylinder engines from the previous model albeit tweaked for better efficiency and performance.

A second variant of the 3.0 TDI focusing on efficiency with 160 kW and 500 Nm of torque will follow at a later date. There will also be a new 2.0 TFSI with an output of 185 kW and 370 Nm of torque designed primarily for the Asian markets and the US.

The new Q7 also gets an e-tron plug-in hybrid version with a 190kW 3.0-litre V6 diesel paired with a 94kW electric motor for a combined output of 275kW and 700Nm. It is Audi’s first ever plug-in hybrid diesel with a rated fuel consumption of just 1.7L/100km. 0-100km/h acceleration takes just 6 seconds flat.

The 2016 Audi Q7 will hit showrooms worldwide in the second half of next year.