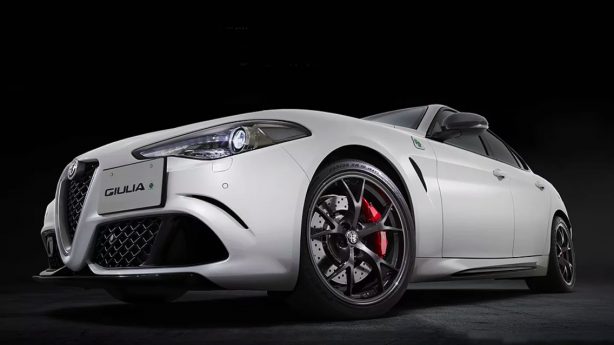 Alfa Romeo has revealed a limited edition version of its flagship Giulia Quadrifoglio super-sedan – dubbed the Carbonio Edition – of which just 20 will be produced for Australia.

Although Alfa Romeo claims the Carbonio Edition package adds around $8,500 in new cosmetic features, it’s priced at the same $143,900 figure as the standard Quadrifoglio.

The upgrades, as you might have guessed, come in the way of extra carbon fibre lashings all around the car, with the grille, wing mirror caps, shift lever surround, and illuminated door sill covers now finished in the lightweight material.

Further enhancing the look is a choice of Trofeo White or Competitzione Red paintwork, different 19-inch alloys, and a combination leather and Alcantara steering wheel. 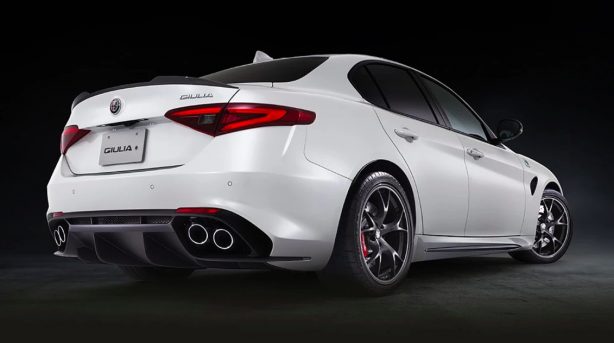 Under the skin, however, the Carbonio Edition remains unchanged from the standard car, meaning you’ll still find a 2.9-litre twin-turbo V6 under the bonnet putting out 375kW and 600Nm, which is backed by an eight-speed automatic from ZF that channels the power to the rear wheels. Providing the stopping power is a set of six-piston brakes in the front, with four-piston calipers in the rear.

In addition, the Quadrifoglio’s high levels of standard equipment are carried over as well, so you still get an 8.8-inch touchscreen with satellite navigation and Bluetooth, a 7.0-inch display in the instrument cluster, and a 14-speaker surround sound system.