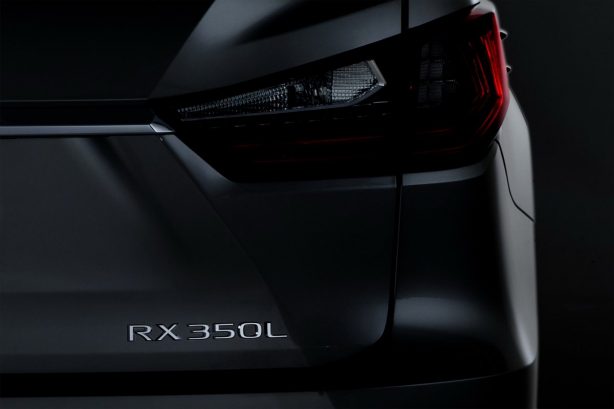 Lexus has confirmed the 7-seat RX 350L will join the popular SUV range next year after making its debut at the LA Auto Show next month.

According to the press release, the new model “will retain its stylish figure while also providing more flexibility for passengers”.

This follows reports the 3-row RX will feature the same wheelbase as the regular models but with an extended rear end to accommodate the third row of seats.

The Lexus RX was first launched in Australia in 2003 and has accounted for more than one-quarter of all Lexus vehicles sold in the country.