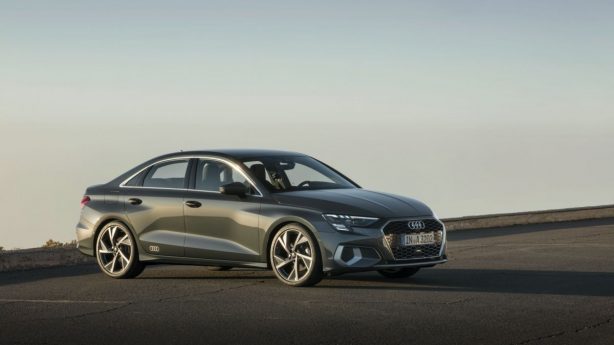 Audi has taken the wraps off its second-generation 2021 Audi A3 compact four-door sedan, adopting a fresh design as well as being fully connected.

Underpinned by the updated MQB Evo platform shared with the Audi A3 Sportback, the new A3 Sedan is 40mm longer, 20mm wider and 10mm taller than its predecessor, while remaining on the same wheelbase.

Thanks to the increased dimensions and lower position of the driver seat, the A3 Sedan is said to offer 20mm more headroom and better elbow room up front. However, boot space remains unchanged at 425 litres. 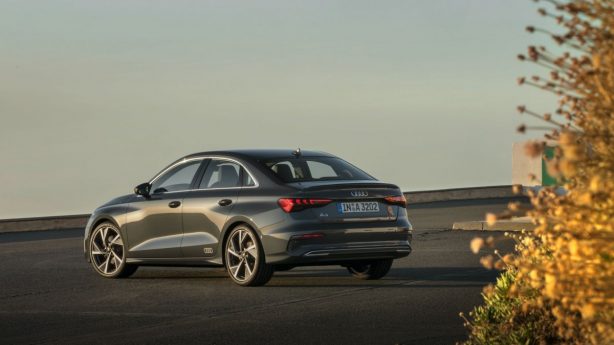 On the styling front, most body panels are shared with the hatch with the only change being the elongated boot. Even the taillights are identical. However, the extra 150mm in length compared to the Sportback does give the sedan a more elegant profile and enhanced aerodynamics.

According to Audi, the A3 Sedan achieves a Cd of 0.25 – an improvement of 0.04 over its predecessor – thanks in part to its higher rear end, larger diffuser and active grille shutters. 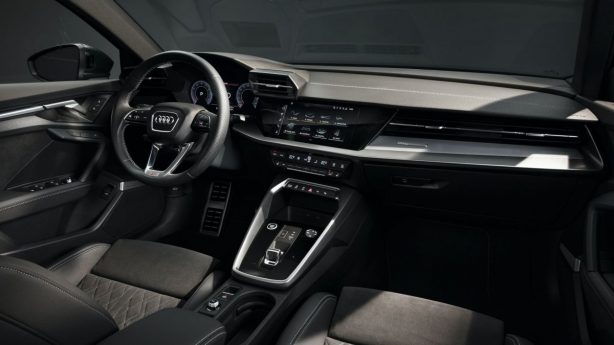 Inside, the cabin is identical to the A3 Sportback with the same 10.25-inch digital instrument cluster and 10.10-inch infotainment screen. An even larger 12.3-inch Audi Virtual Cockpit Plus is available as an option and offers three different views, including sporty graphics with inclined digits and a particularly dynamic layout.

The headline news is the MMI Navigation plus infotainment system which uses the 3rd-generation modular infotainment platform (MIB 3). It said to boasts computing power ten times higher than its predecessor, connects the car via LTE Advanced speed and connects the smartphones to the Internet via Wi-Fi hotspot. It also offers a multitude of Audi connect services as standard, including online traffic information, news and additional information such as photos, restaurant opening times and user reviews of points of interest. 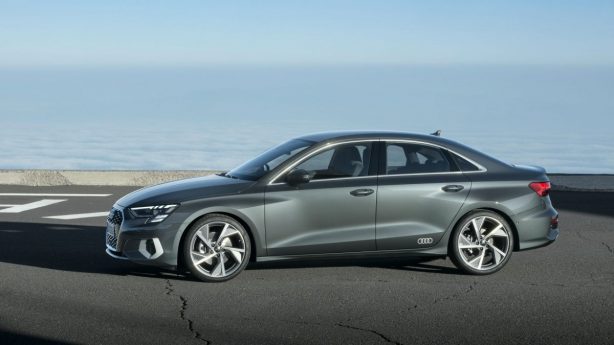 Car-to-X services that make use of the swarm intelligence of the Audi fleet are also part of the portfolio. Amongst others, they report hazardous areas or speed limits or find free parking spaces at the side of the road.

On the safety front, the car is available with Audi pre-sense front, adaptive cruise assist, efficiency assist, exit warning and cross-traffic assist, amongst others. 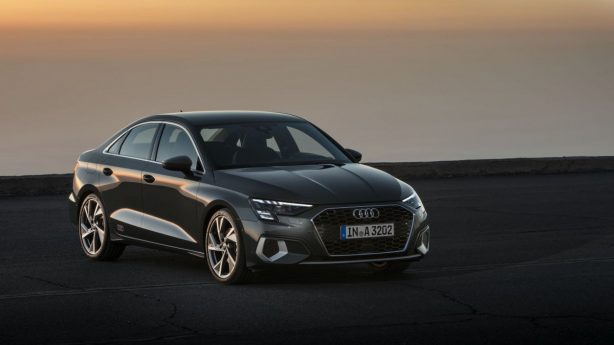 At launch the 2021 Audi A3 Sedan is offered with two TFSI and one TDI engine. The entry-level 35 TFSI features a 1.5-litre turbocharged petrol producing 110kW and is matched with either a six-speed manual or seven-speed dual-clutch transmission.

When equipped with the dual-clutch, the same TFSI engine also gets a 48-volt mild hybrid system as standard.

The 2.0-litre TDI turbo-diesel also offers 110kW and is pared exclusively with a seven-speed dual-clutch transmission.

The all-new Audi A3 Sedan is expected to arrive in Australia in the first half of 2021. Further details on specific models, pricing and specification will be announced closer to launch.