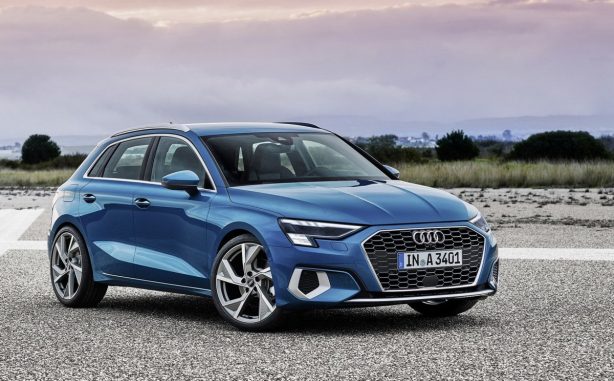 Behold the new 2020 Audi A3, now with a meaner, more muscular look. Yes, the A3 has been to the gym for its fourth iteration and ditched the restrain looks of its predecessor.

While it retains the overall shape from the previous generations, the new model is positively beefier, thanks to those bulbous wheel arches. Front on, the latest A3 gets a set of sharper LED headlights flanking a wider honeycomb grille along with a more muscular bonnet. 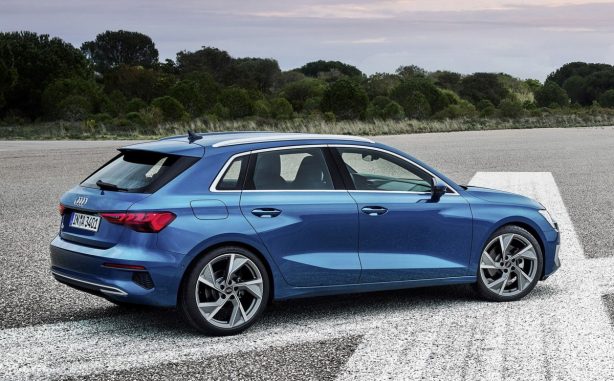 Along the sides, the shoulder line is bulkier and draws your eyes towards the slimmer taillights. The rear bumper now incorporates air outakes and a chrome trim that stretches across the width of the bumper to give the car a wider stance.

Inside, the new dash design is a big step up compared to the outgoing model, with air vents on the driver’s side that give out a distinctively Lamborghini vibe. The infotainment screen is now incorporated in the dashboard while the HVAC control panel is also new. Audi’s Virtual Cockpit will be offered as an option along with head-up display.

The centre console features a 12V charging port, two cupholders and a smartphone holder in front of the gear lever. 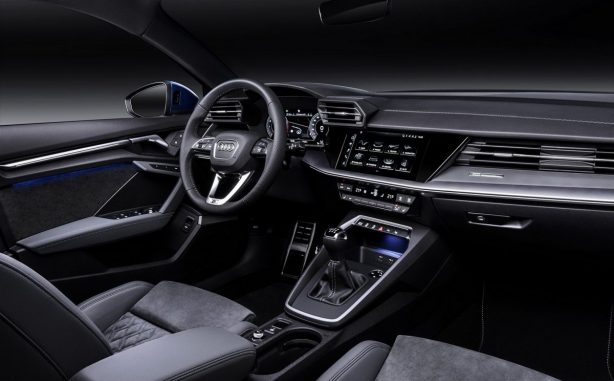 The new Audi A3 Sportback will launch in Europe with a choice of three engine versions – a 1.5 TFSI with 110 kW (150 PS) and a 2.0 TDI that delivers 85 kW (116 PS) or 110 kW (150 PS). At launch, the engines will be paired with a six-speed manual transmission or the quick-shifting seven-speed S tronic, the selector lever of which is now designed as a compact shifter. Shortly after market launch, Audi will be gradually expanding the offer to include further engine versions, including electrified drive systems and versions with quattro drive.