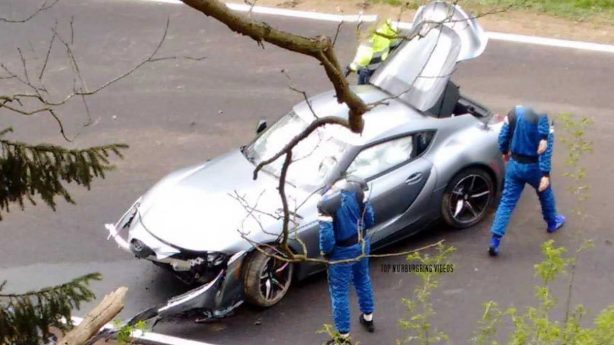 The notorious Nürburgring has claimed yet another victim; this time the new 2020 Toyota GR Supra which crashed during the Industry Pool driving period, where someone with permission from Toyota was behind the wheel.

According to Top Nürburgring Videos which posted the photos, the accident happened at the Nordschleife’s Exmühle section where the car hit a guardrail head-on, taking out its nose and triggering the airbags.

It isn’t clear how the Supra ended up in this predicament, but the Exmühle section of the track includes a left-right complex of corners and the driver might have taken one of the corners at a higher speed and understeered into the barrier. 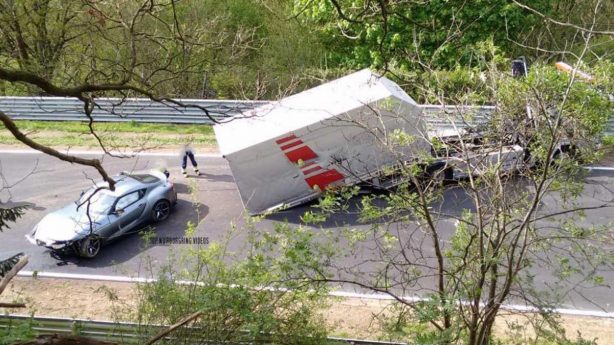 The new Supra will hit Australian shores from late 2019 featuring a 3.0-litre straight-six petrol matched with a twin-scroll turbocharger to dish out 250kW and 500Nm of torque.

Power is sent to the rear wheels via an eight-speed ZF automatic transmission that enables the Supra to sprint from 0-100km/h in 4.3 seconds – 0.6 seconds faster than the closely related but slightly less torquey Z4 M40i.