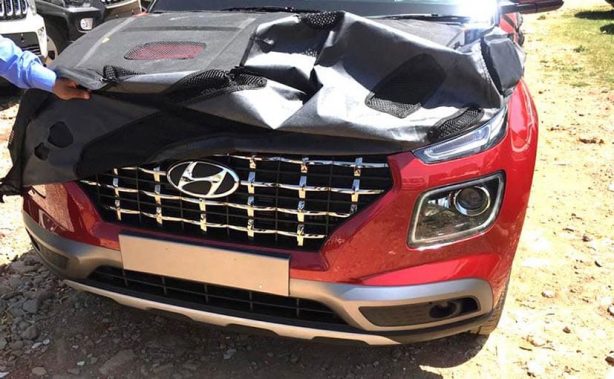 Some partial images of Hyundai’s upcoming crossover – the all-new, sub-compact-sized Venue – have leaked online ahead of the car’s scheduled debut at the New York International Auto Show.

The images, which were initially published and circulated by a number of Indian publications, don’t show the car fully exposed but do still give a good idea of what the Venue will look like, with the main image above showing the camouflage covers being peeled back off the front of the car, while the rear of the car is shown partially-exposed below. 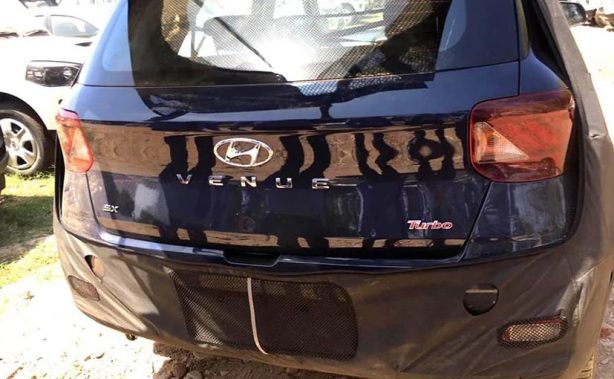 Curiously, the red ‘Turbo’ badging on the tailgate confirms that a turbocharged petrol variant will be offered in at least some markets, which is likely to be a version of the 1.0-litre three-cylinder unit used in some Hyundai and Kia models, including the Picanto GT and Rio GT-Line in Australia.

The shots do, however, show the dashboard of the Venue completely uncovered, revealing some items that will be familiar to those who know Hyundai’s current range – such as the shift knob, steering wheel, gauges, and some switchgear – while it does show an integrated design for the infotainment screen and different climate controls, too. 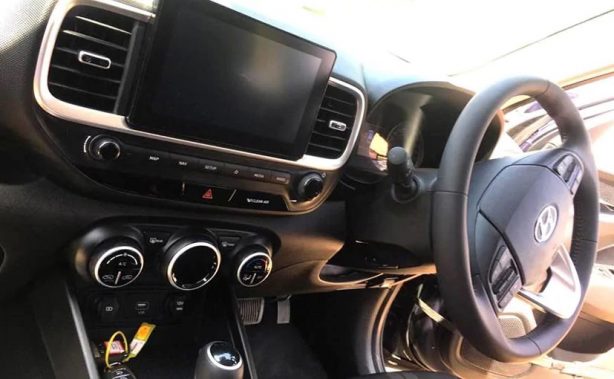 The Venue is currently set to be launched locally at some point during the second half of 2019 for the 2020 model year, with it currently slated to take the place of the Accent in the light car market space, which is soon to reach the end of its life cycle.

Additionally, it will be positioned as a more sensibly-styled and smaller alternative to the Kona, although an emphasis on maximising interior space inside a small wheelbase should see it offer similar room for occupants.

More details and a full view of the all-new model will be released at the 2019 New York International Auto Show, which commences on April 17. Local pricing and specifications will be released closer to its Australian launch, although it’s expected that pricing will start from under $20,000 and top-out near $30,000.