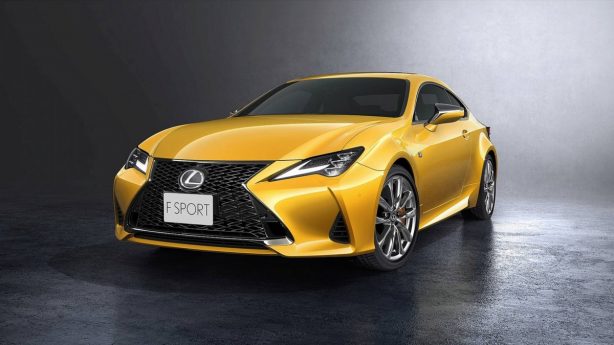 Lexus has taken the wraps off its facelifted 2019 Lexus RC coupe ahead of its global debut at the Paris Motor Show in October.

The first obvious change is the car’s reshaped headlights which now incorporate the daytime running lights and extra-small vertically-stacked LED headlamps. Further down, the front bumper features an updated F Sport mesh for the spindle grille, along with reshaped corner inlets.

The new RC F Sport receives the grille mesh pattern that graces all F Sport models, including aggressively-styled 19-inch alloy wheels inspired by those on the new LS and LC. 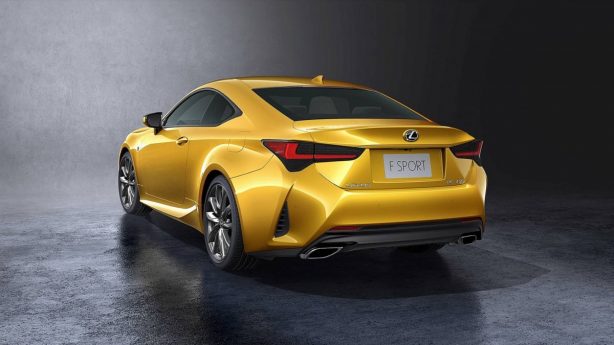 At the back, the taillights have also be restyled with more pronounced L-shaped signature, while air ducts have been added to the rear bumpers to provide better handling stability.

Inside, “hairline” treatment has been applied to the heater control and audio panels, while the enlarged knee pads have been raised to sandwich the centre cluster. The shape of the palm rest is new and stitching has been added to the surface.

There’s also a new analogue clock that is identical to the one in the LC in the dashboard, making it an identifying feature for Lexus coupes. 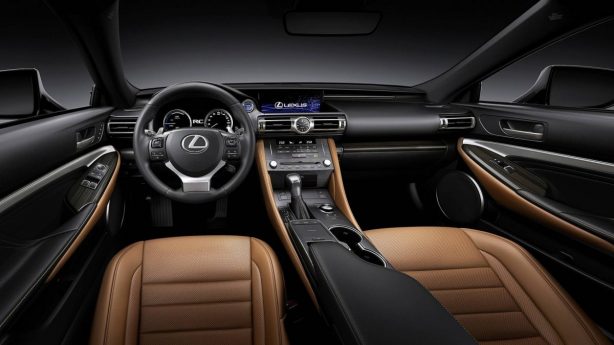 There are 11 different exterior colors for the RC, including Naples Yellow Contrast Layering and Sparkling Meteor Metallic. Interior colors include Ocher and Mustard Yellow, which is composed of subtle yellow accents on a black background. In all, there are seven exclusive interior color combinations available, including those for the F Sport.

On the handling side, Lexus engineers have enhanced the car’s aerodynamics by introducing a new fin shape on the side window. The new wheels and tyres are also said to provide better grip and work with the revised suspension that features stiffer bushings and new dampers.

Lexus says all these changes, along with optimised powertrains help create an RC that is “more athletic and responsive than ever.”