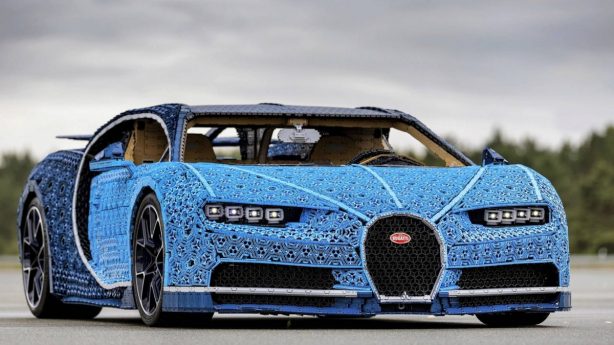 It’s amazing what you can build with Lego bricks if you have the skill and time and that’s exactly what Lego has done. With an unlimited supply of bricks and a few talented master builders, Lego Technic has built a life-size, drivable version of the Bugatti Chiron.

Seen from a distance side by side, the resemblance of the two cars is striking. 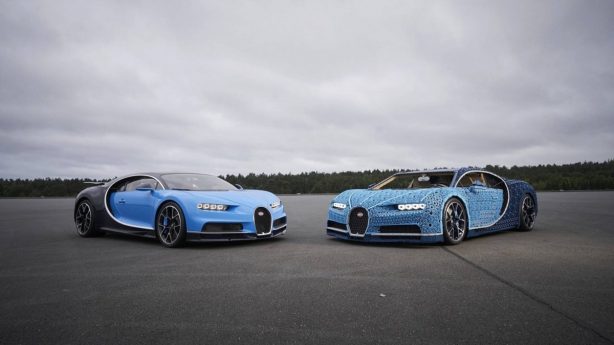 Inside, the creative team at Lego faithfully reconstructs every detail of the original car using Lego Technic elements, from the seats to the dashboard and the steering wheel.

The car is even equipped with a rear spoiler, speedometer, front and backlights, detachable steering wheel and brake pedal. To complete the super realistic look, the Lego Chiron comes with genuine Chiron wheels and emblem.

According to the company, its Chiron took over 13,000 work hours and 339 types of Lego Technic elements to construct. 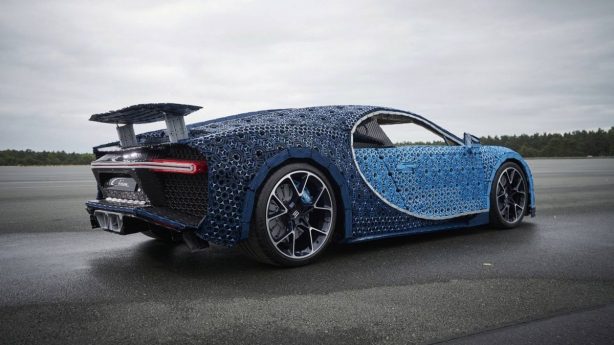 Impressively, the Lego Technic Bugatti Chiron moves under its own power, too. While it can’t achieve the real Chiron’s 420km/h top speed, the Lego car comes with 2,304 motors, 4,032 gear wheels and 2,016 cross axles, enough to generate 5.3 horsepower (4.0kW) and an estimated 92Nm of torque. That’s enough to propel the 1,500kg Lego Chiron up to a little over 20km/h. 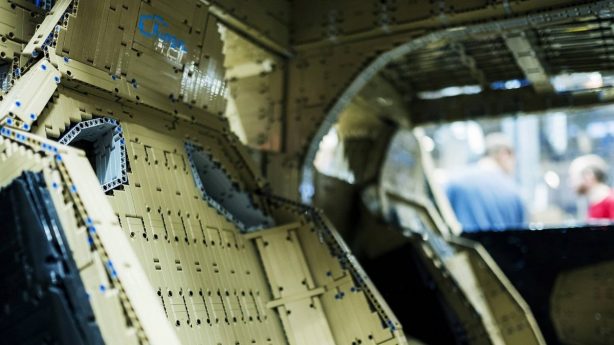 Andy Wallace – the driver behind the LEGO Technic Chiron – former racing driver with multiple wins of the 24 Hours of Le Mans and Daytona, as well as many other races, and today official Bugatti pilot, said:

“When I first saw the LEGO Chiron, I was immediately impressed by the accuracy of the model and the minute attention to detail. In fact, from about 20 metres away it’s not obvious that you are looking at a LEGO car. I can only imagine how much time and effort went into making this model.”

“Driving the LEGO Chiron was a great experience, which I thoroughly enjoyed. All those years ago I could never have imagined that one day I would actually drive a LEGO car!”