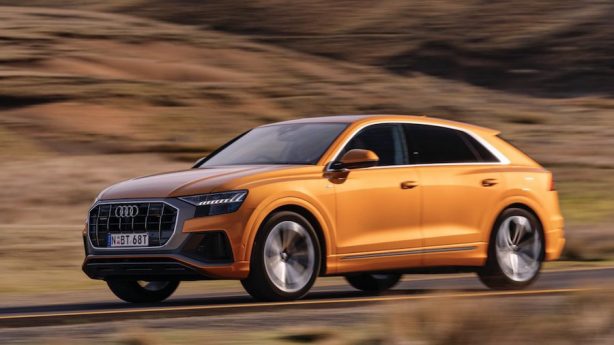 Audi Australia has announced pricing and specifications for its 2019 Q8, the German marque’s new SUV flagship, ahead of the first customer deliveries in late January.

Initially, all Q8s will come equipped with the 55TFSI drivetrain – comprising a 3.0-litre turbocharged V6 petrol paired to an eight-speed automatic transmission and a 40:60 rear-biased quattro all-wheel drive system – while the 50TDI variant, which sports a similarly-sized diesel unit, will become available later in the coming year.

The petrol engine produces 250kW and 500Nm, while the diesel churns out 210kW and 600Nm, and both are paired to a 48V mild-hybrid system which has a 10Ah lithium-ion battery that allows for engine-off coasting at speeds between 55-160km/h, while the car’s idle start/stop feature can turn off the engine from as high as 22km/h on the way to a stop. According to Audi’s claims, the system is good for a 0.7L/100km saving on petrol models.

Both petrol and diesel models start at $128,900 before options and on-road costs, although both variants sport strong levels of standard equipment. 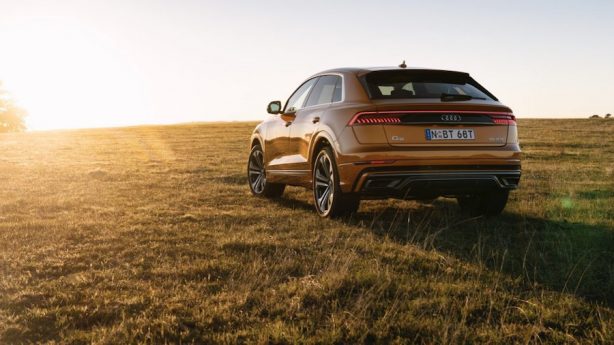 Most notably, the S Line exterior package, 21-inch alloy wheels, adaptive suspension with damper control, and LED headlights are standard on the outside. On the inside, it’s a total tech-fest as standard, with two touchscreens in the centre console (one 10.1-inch screen on top, and one 8.6-inch screen below it) and Apple CarPlay/Android Auto compatibility, wireless smartphone charging, a 180W 10-speaker audio system, and the 12.3-inch Audi Virtual Cockpit fully-digital gauge cluster.

Despite such strong levels of standard equipment, there are still plenty of options that can be added on, most notably including two different options packs. 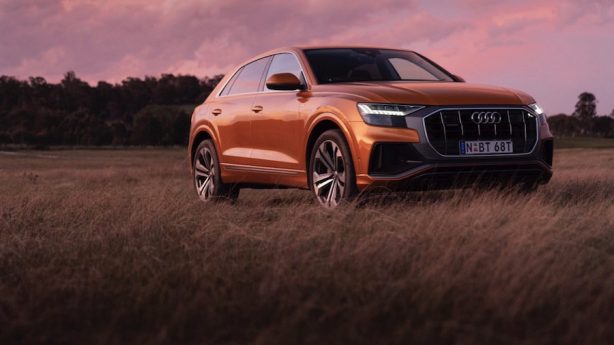 Additionally, there’s a list of 11 other individual options, most notably including a four-wheel steering system, front massage seats, a night vision system, and a 23-speaker Bang & Olufsen Advanced 3D sound system. You can find a full price breakdown of all options at the bottom of the page.