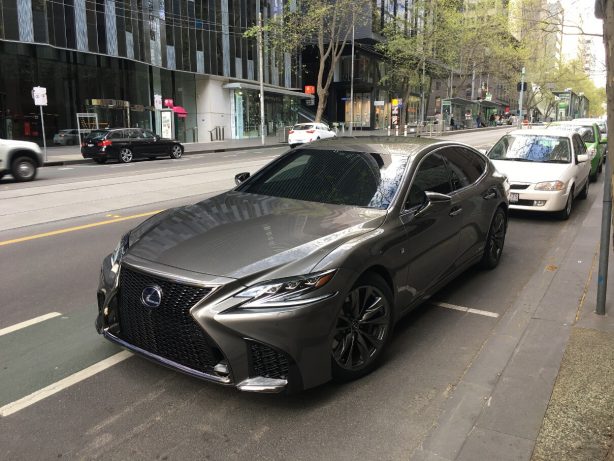 The all-new fifth-generation Lexus LS flagship sedan is not due for launch in Australia until April next year, but a 2018 LS 500h has been spotted on the streets of Melbourne this week filming a new commercial.

Bearing a mysterious number plate, the LS sedan was on set of a new global commercial which will see Melbourne city streets used as a backdrop. The shoot, which involved a Meganese Luster grey LS 500h F Sport and more than 50 crew members, is a drive by scene with the LS cruising down several Melbourne lane ways, driving past masked pedestrians along the sidewalks.

The new Lexus LS commercial is expected to air later this year ahead of the car’s arrival into showrooms worldwide. 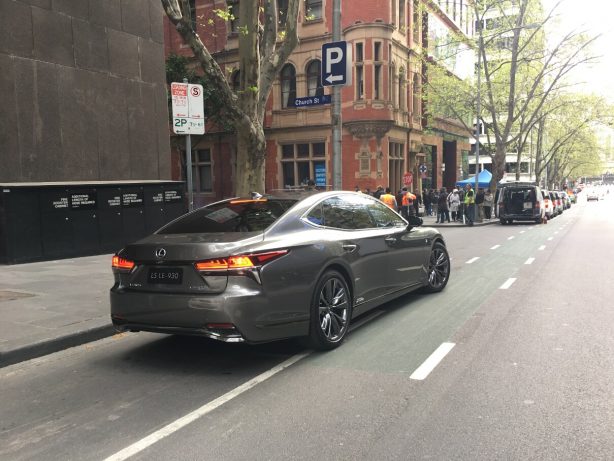 The 2018 Lexus LS set the basis for the most dynamic design in the model’s history and F Sport seen here enhances it further with a special F Sport front grille and exclusive F Sport 20-inch wheels shod with 245/45RF20 front and 275/40RF20 rear tyres.

Like the rest of the LS range, two powertrains are offered for the F Sport: a 3.5-litre twin-turbo V6 is found in the LS 500 producing 310kW of power and 600Nm of torque, matched with a 10-speed automatic transmission to allow for a 0-100km/h acceleration time of just 5.0 seconds, and 3.5-litre V6 petrol engine with two electric motors, together delivering a total output of 264kW and 348Nm in the LS 500h seen here, enabling a 0-100km/h sprint time of 5.4 seconds.