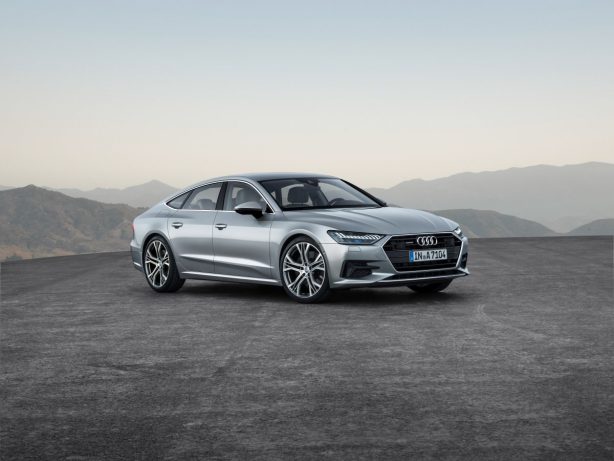 Audi has unveiled the all-new A7 Sportback today. As a further evolution of a new style of Gran Turismo, the A7 four-door coupe has been revamped with dynamic lines accompanied with a sportier driving experience and a larger cabin.

Heavily influenced by the Audi Prologue design study, the exterior of the new A7 features large surfaces, sharp edges and taut, athletic lines. Up front, the Singleframe grille is wider and lower than that of the Audi A8, while the silhouette is defined by the dynamic roofline, which drops sharply toward the rear. 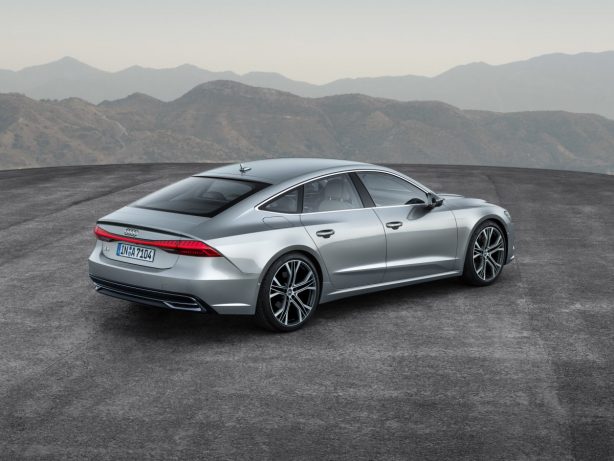 As with the previous model, the rear end is tapered. The long luggage compartment lid terminates in a pronounced, curved lip from which an integrated spoiler extends automatically at 120km/h. A flat light strip – a design feature common to all of Audi’s top models – joins the rear lights.

Elsewhere, pronounced contours emphasise the wheels, which measure up to 21 inches in diameter, and reference Audi’s quattro genes. 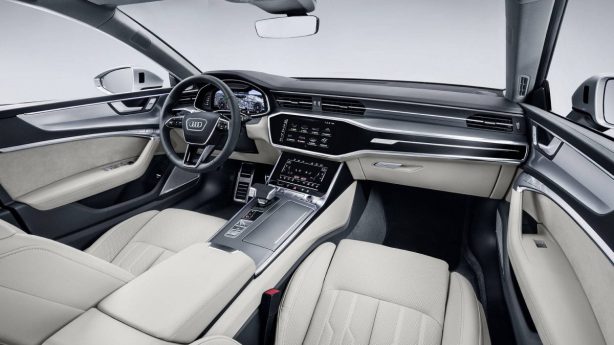 Inside, the A7 is largely similar to the A8 with a radically new operating concept. It does away with the familiar rotary pushbutton and touchpad of the predecessor model. The instrument panel is kept largely clear of buttons and switches. At its center is a 10.1-inch touchscreen display which, when off, blends almost invisibly into the high-gloss black surround thanks to its black-panel look.

The user interface appears as soon as the car is opened. The driver controls the infotainment system with fingertip control on the large display. They can use a second 8.6-inch touchscreen display on the center tunnel console to access the air conditioning and comfort functions as well as make text inputs. When the driver activates a function in the upper or lower display, they hear and feel a click by way of confirmation. The glass-look operating buttons respond in the same way. 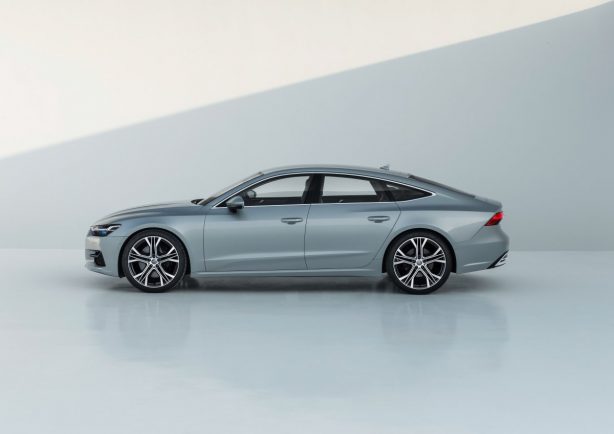 The new Audi A7 Sportback will initially launch with the 3.0 V6 TFSI developing 250kW and 500Nm. The four-door coupe sprints from 0 to 100km/h in 5.3 seconds and has a top speed of 250km/h. The 3.0 TFSI is paired with a seven- speed S tronic. Its quattro drivetrain uses the efficient ultra technology that activates rear-wheel drive as needed. Additional six- and four-cylinder engines, both petrol and diesel, will follow shortly after the start of production.

The new Audi A7 Sportback rolls off the assembly line at the Neckarsulm site and will launch on the German market in late February 2018. Australian launch is expected to follow in late 2018.