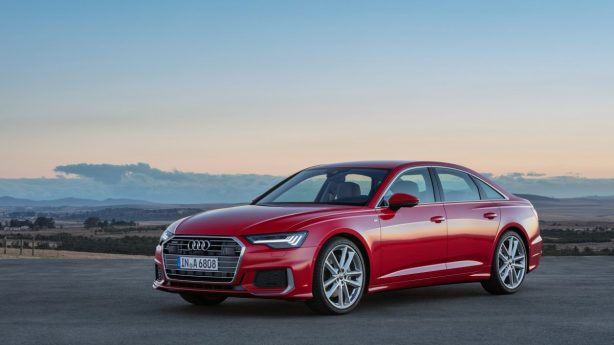 The eighth generation Audi A6 has been unveiled today ahead of its Geneva Motor Show world debut next month, bringing numerous new innovations to the segment including mild hybrid powertrains, a touch responsive multimedia interface and next generation in matrix LED headlights.

Like the A8 and A7 Sportback models, the A6 is the expressive ambassador of the new Audi design language, featuring taut surfaces, sharp edges and striking lines.

The singleframe grille at the front now sits lower and wider, flanked by flat headlights and contoured air inlets. 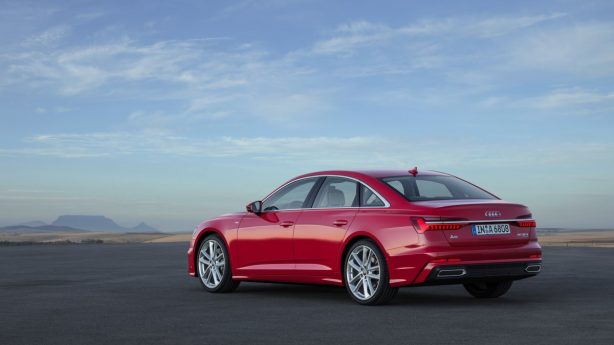 In the side view, three striking lines reduce the car’s visual height. The taut roof line, which tapers into flat C-pillars, characterises the silhouette.

At the rear the short boot lid ends in a curved separating edge for optimised aerodynamics. A chrome strip accentuates the three-dimensional sculpture of the rear and connects the rear lights.

The interior of the new Audi A6 is larger than on the outgoing model, with improved legroom, headroom and shoulder room in the front and rear. The luggage compartment offers more loading width – two golf bags can be accommodated horizontally. The capacity remains unchanged at 530 litres. 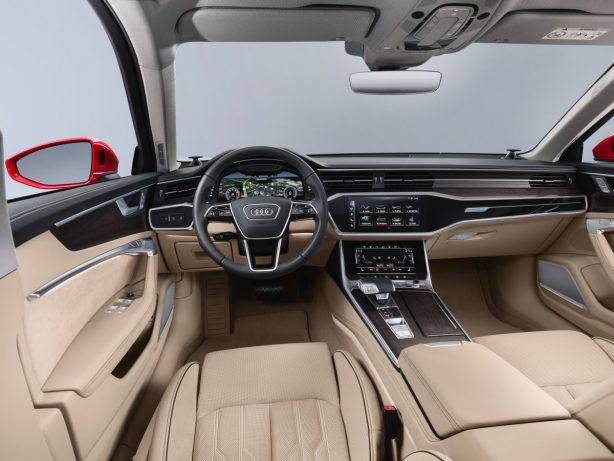 Totally redesigned, the dashboard now incorporates two displays, with the 10.1-inch top display managing the infotainment system and the 8.6-inch bottom display located in the console used for the climate control. Both displays are fully configurable using drag-and-drop motion similar to using a smartphone. The MMI touch response operating system with haptic and acoustic feedback provides rapid, intuitive operation: Users hear and feel a click as confirmation as soon as their finger triggers a function.

Audi’s virtual cockpit digital instrumentation with a 12.3-inch display makes first application in the new A6.

All engines in the new A6 come with Audi’s new mild-hybrid technology. Here a belt alternator starter (BAS) works together with a lithium-ion battery. The Audi A6 can coast between 55 and 160 km/h.

The start-stop function kicks in up to 22 km/h. The engine is restarted from standstill predictively as soon as the vehicle in front of the Audi A6 starts moving. During deceleration, the BAS recovers up to 12 kW of energy. In real-world driving, the MHEV technology reduces fuel consumption by up to 0.7 litres per 100 kilometres. 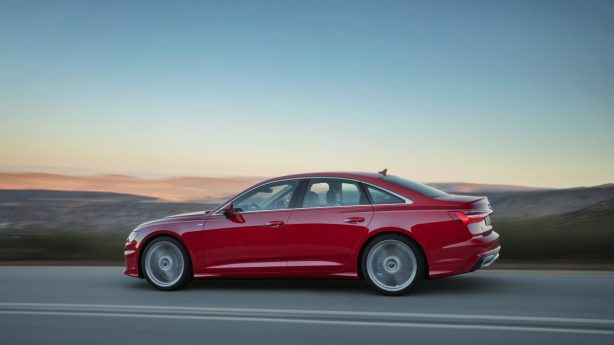 As part of the launch in the European markets, one diesel and one petrol unit will be offered. The 3.0 TFSI turbocharged V6 petrol unit accelerates the A6 from 0 to 100 km/h in 5.1 seconds with 250 kW and 500 Nm of torque. The 3.0 TDI with 210 kW produces similar performance and delivers 620 Nm of torque to the crankshaft. While the 3.0 TDI is paired with an eight-speed tiptronic, the 3.0 TFSI is coupled as standard with a seven-speed S tronic twin clutch transmission. The two engines are equipped as standard with the quattro all-wheel drive, whose design varies depending on the specific setup.

Audi supplies the headlights in three different versions. With the top-of-the-line version, the HD Matrix LED headlights, five horizontal lines form the daytime running light signature; they emphasise the width of the front. Above them are the dipped beam modules that look like pupils. Optionally, the lighting signature of the tail lights is made up of a single horizontal line and nine vertical segments for each unit; the brake light fills the areas in between. The dynamic indicator is included with the top-of-the-line variants. 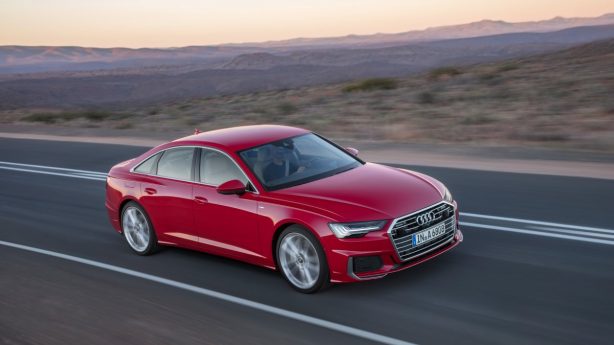 The all-new Audi A6 is due to arrive in Australia in late 2018, with a model line-up that will consist of both petrol and diesel engines. Further specification information and pricing will be announced closer to launch.