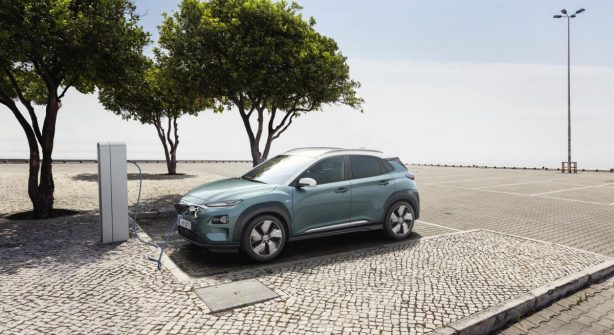 Hyundai has detailed the technical specification of its Kona Electric SUV today, announcing two powertrains for the company’s first ever all-electric crossover.

Motivated purely by electric propulsion, the Kona Electric is available in either a long-range or standard-range variant. The long-range version with the 64kWh battery provides an electric range of up to 470km and an energy consumption of 15.2kWh/100km. The electric motor delivers an output of 150kW, accelerating the Kona Electric to 100kph in 7.6 seconds.

With a battery capacity of 39.2kWh, the basic standard-range version drives you up to 300km on a single charge with the motor delivering 99kW and an energy consumption as low as 14.8kWh/100km.

Both powertrain versions deliver 395Nm of immediate torque, having the full power available from the first second. Maximum speed is rated at 167km/h for both models. 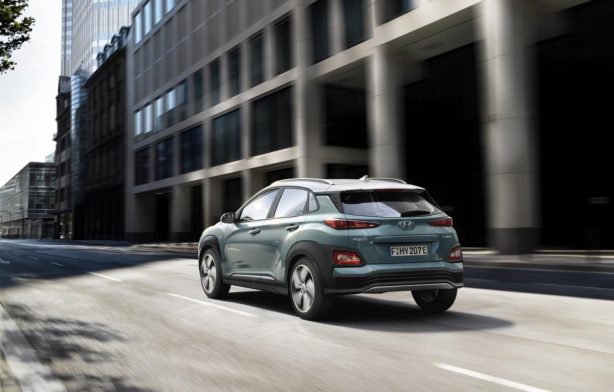 The shift-by-wire gear control system enables operation of the car simply by pressing buttons to switch driving modes. It also eliminates the routing space required for housing the mechanical linkages between a normal shifter and the transmission, providing additional storage space in the front of the car.

Charging the lithium-ion polymer battery up to 80% takes about 54 minutes using a 100kW direct current (DC) fast charger. With the 7.2kW on-board-charger, charging with alternating current (AC) takes 9 hours 40 minutes for the long-range battery pack and 6 hours 10 minutes for the shorter-range battery pack. Drivers also have the option of charging their car at a compatible regular household power socket using the ICCB-cable (in-cable control box). The charging port is located in the vehicle’s front next to the Hyundai logo. 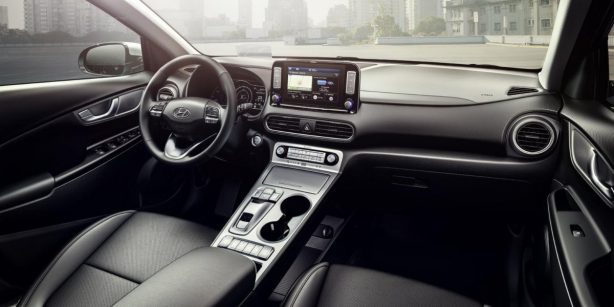 Based on the engine-driven Hyundai Kona, the Kona Electric is the world’s first all electric mainstream compact crossover. While it is yet to be officially confirmed for Australia, it is tipped to arrive Down Under in the fourth quarter of this year.