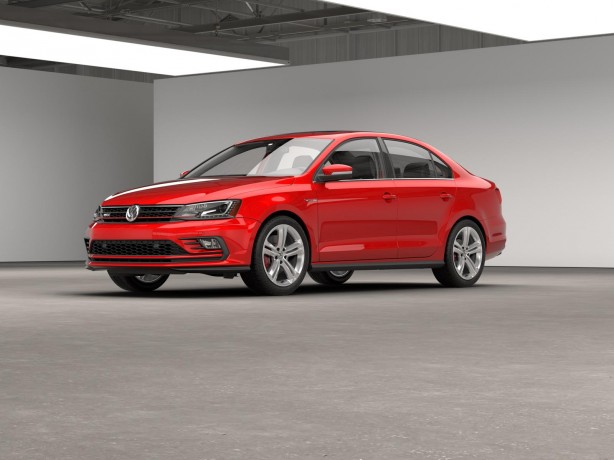 Volkswagen has launched an updated 2016 Jetta GLI in the United States. Based on the Jetta sedan, the four-door model is described as the sedan equivalent of the Golf GTI.

Underneath its bonnet is the same 2.0-litre four-cylinder turbocharged petrol engine as the Mk6 Golf GTI developing 155kW and 280Nm of torque. It is connected to the front wheel via a 6-speed manual transmission or an optional 6-speed dual-clutch gearbox. 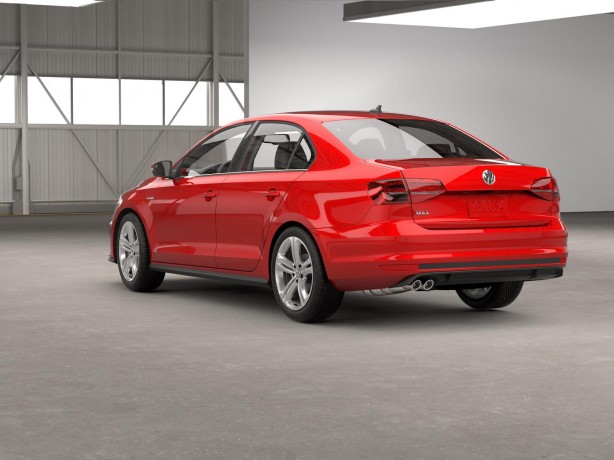 In Australia, a similar setup can be found on the 155TSI Highline Sport, bar the sportier GTI inspired bumpers and red strip on the honeycomb grille. The GLI also rolls on 18-inch Mallory alloy wheels, while the local version gets 18-inch Charleston units.

While no photos of the car’s interior have been released, Volkswagen says the 2016 Jetta GLI benefits from the new MIB 2 infotainment system that incorporates the full suite of USB and Car-Net connectivity.

Also missing from our 155TSI Highline Sport is Volkswagen’s Automatic Post-Collision Braking system that applies the brakes immediately after a collision is detected by the airbag sensors.