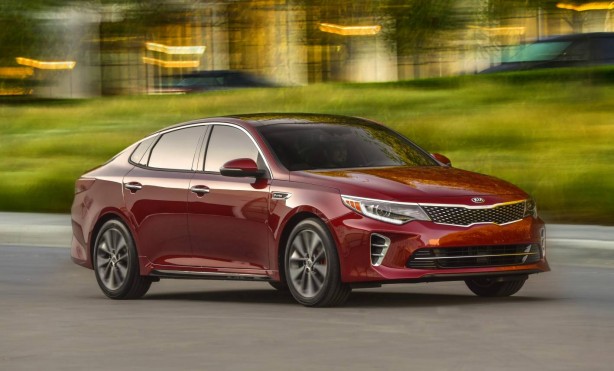 The popular mid-size sedan has been given a thorough makeover with a modern and instantly recognisable design cues. It rides on a longer, wider and stiffer chassis and is said to offer improved ride and handling, plus more cabin space.

The car’s wheelbase has been extended to 2,804mm, an increase of 10mm, while its width has gain 25mm to 1,859mm. Both changes is said to create a more comfortable cabin with more head room, shoulder room and rear seat leg room. The increased in dimenions also allow boot capacity to grow. 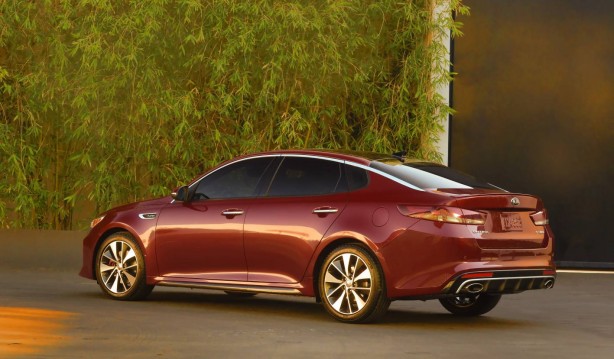 On the styling front, the 2016 Optima has stayed true to its predecessor, albeith with a larger tiger-nose grille and flatter headlamps that seem to merge seamlessly with the grille.

Inside, the cabin sports higher grade materials, better seats and an 8-inch touchscreen which uses Android Auto and Apply CarPlay to allow drivers to access a suite of core functions from their smartphones. These include music, messaging, navigation and voice calls. 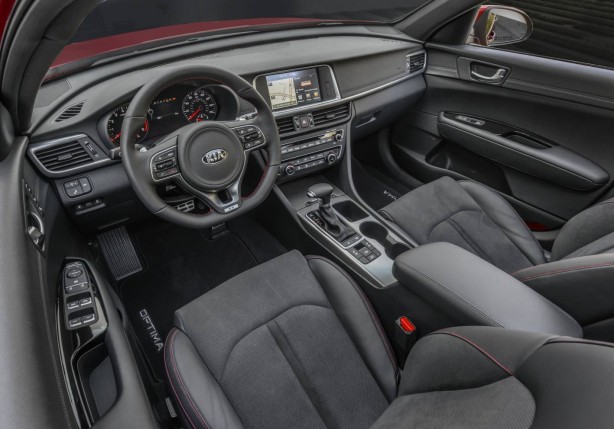 The standard audio system comes with six-speakers, but an Infinity Premium Audio System with 14 speakers and 630-watt digital amplifier is available on higher grade models. 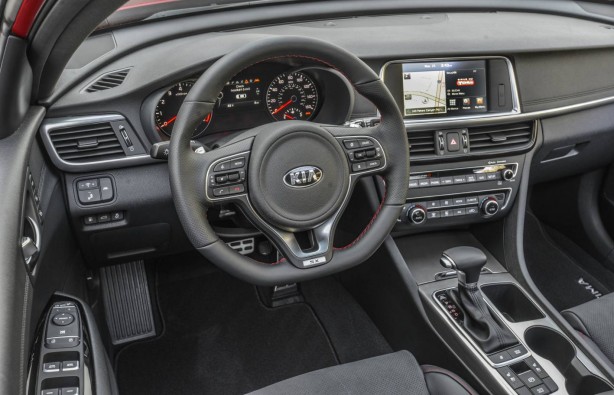 The 2016 is the first Kia to feature a panoramic sunroof support structure made with carbon-fibre reinforced plastic to help reduce weight and lower the car’s centre of gravity.

NVH is also said to have improved, thanks to a larger full floor under cover, increased dash insulation, added windhshield side molding and increased use of structural adhesive.

The 2016 Kia Optima is scheduled to arrive in Australia in the 4th quarter of this year.