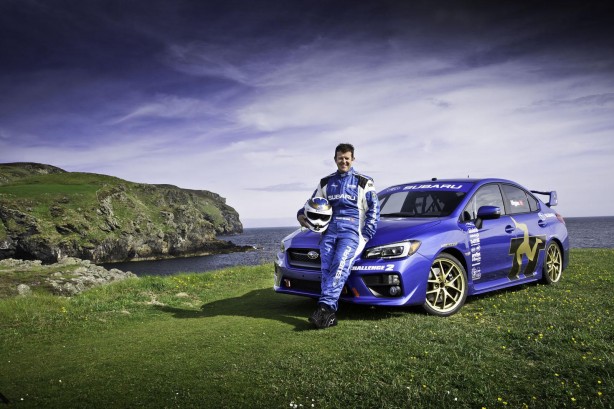 “It was quite a lap we did today and I am really happy to have another record in the bank. The chassis on this new car is so much better it really allowed me to pick up time in each sector in the more technical parts of the course,” Higgins said. “I think there is definitely time that we left on the course. I lost time on the second part of the track, overshooting my braking point at Sign Post corner. I actually hand-braked the turn in the end, so I feel we can definitely do better.” 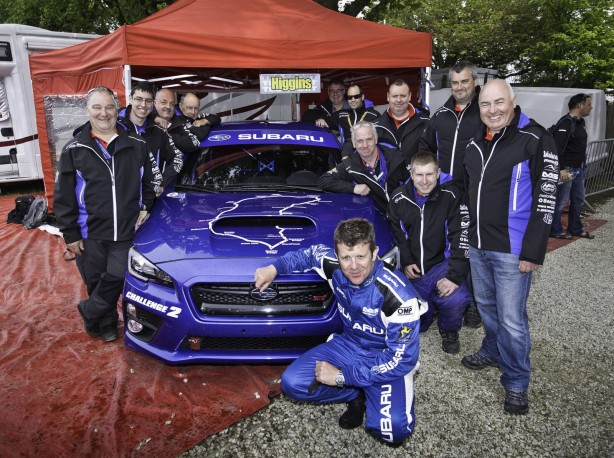 The car Higgins drove is a stock U.S.-spec 2015 WRX STI, with the exception of an FIA-spec roll-cage, racing seat and harness, fire suppression system and modified springs and dampers to handle the sustained high speeds and changing conditions of the course. The Subaru WRX STI also featured Dunlop Derezza tires and a high decibel straight exhaust for crowd safety. The speed limiter was also removed from the car.

“There is nothing like the TT course in all of racing, it’s just an amazing circuit,” said Mark Higgins. “Not just because of its length, but the elevation changes, constant surface variations as you shift from town to country roads and the fact that we run roughly 30 mph and then up to 160 plus for much of the race.”

“We are happy to be back at the Isle of Man as a sponsor. There is nothing like a lap of the TT circuit to push a car to its limits. As the official car of the TT, this record is especially gratifying,” said Dominick Infante, National Manager of Product Communications, Subaru of America, Inc. “The Isle of Man really shows the improvements we have made to the new WRX STI in terms of chassis and steering. We are evaluating whether to make another run on Friday and top this record.” 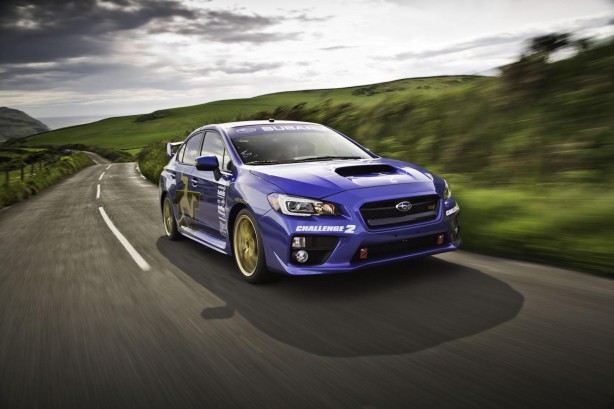 The new Subaru WRX STI is motivated by a turbocharged 2.5-litre Horizontally-Opposed Boxer engine that develops 221 kW of power at 6000 rpm and 407 Nm of torque at 4000 rpm. A six-speed manual gearbox, an improved Driver’s Control Centre Differential (DCCD) and Active Torque Vectoring, introduced for the first time on the WRX STI, send power to all four wheels to register an official 0-100 km/h time of just 4.9 seconds.