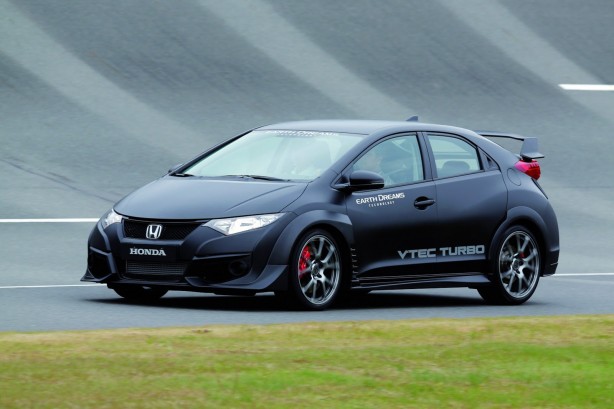 Honda has unveiled a near production ready 2015 Civic Type-R wearing a matte black exterior finish. The car will be the first model to be powered by Honda’s all-new VTEC turbo engine displacing 2.0-litre and producing 209kW (280 hp).

Honda intends to beat the current record of the fastest lap for a regular production, front-wheel drive hatch on the Nürburgring. The current record holder is the RenaultSport Megane 265 Trophy, which completed the lap in 8:07.97. 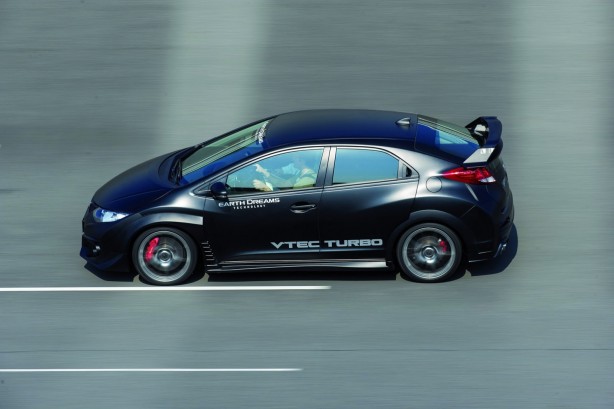 If Honda succeeds in pulling of this feat, it may even beat the company’s own record of the fastest time held by a production Honda model, the NSX-R at 7:56.73.

The Civic Type-R will not only sport one of the most powerful turbocharged four-cylinder engines, but gets bespoke chassis setup, from wider tracks and electronic driver assist systems to sizable Brembo brakes that hide behind 19-inch wheels. 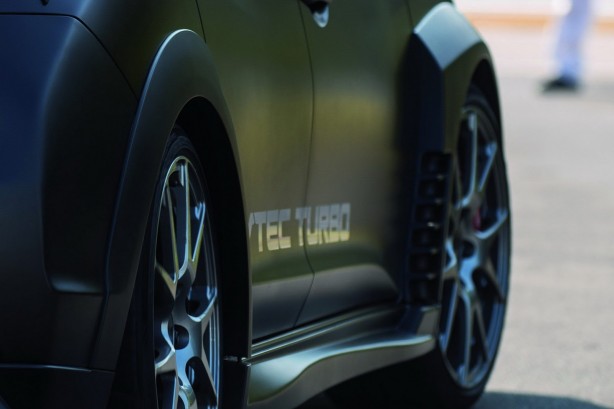 From these photos, it’s obvious the hot-hatch will also get a sports body kit that includes wheel arch extensions, more aggressive front grille and bumper and a massive rear spoiler. At the other end, the rear diffuser is flanked by twin pipes on either side.

“The car and the characteristics of the car were fantastic, I was really impressed by the power and the torque of the engine but also by the set-up they achieved…The car is very pointed on the front and very fast to change direction. This car is very close to my racing car and you can feel very well the DNA of Type R.”