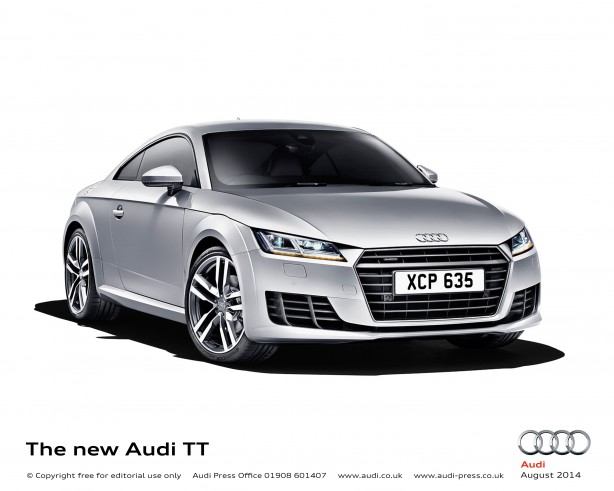 The all-new third generation Audi TT is due to arrive Down Under in February with a sharp new pricing of $71,950 plus on-roads. The German manufacturer also says the new TT will offer more features and technology as standard equipment across the range, a move we think is necessary in view of the increasingly competitive small sports car segment.

“The original TT defined the future direction of Audi when it was shown in 1998,” said Andrew Doyle, Managing Director of Audi Australia.

“It came before the R8 supercar and before our incredible run of success at Le Mans. A lot of time had passed since the iconic Sport quattro S1, and the first TT really pointed to Audi becoming the dynamic, exciting brand it is today.

“The all-new new third-generation model extends the sporty concept that the original began, and now more than ever, the new TT is a true sports car and also a technology leader. In Australia, we know that our TT customers place a high value on the kind of technology that is showcased in this car, so we have worked hard to ensure a really outstanding level of standard equipment.”

“With almost 250 orders already placed for the new TT, we are confident that it will be the most successful ever,” said Mr Doyle. 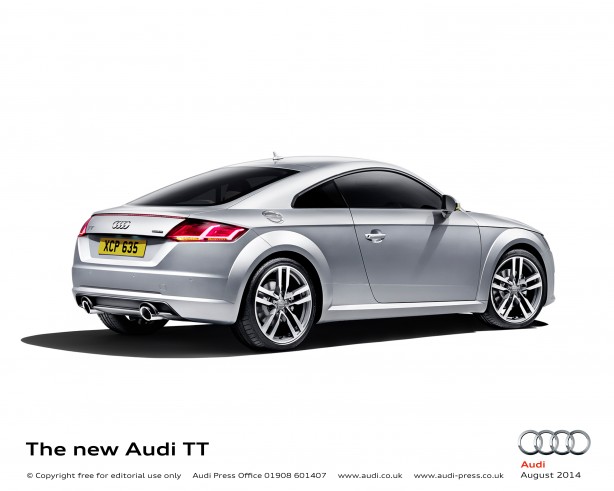 The third-generation TT rides on Volkswagen Group’s MQB platform which also underpins the Golf and Audi A3. It is up to 50kg (110 lbs) lighter than its predecessor, with a kerb weight of 1,230kg (2,711 lbs) for the 2.0 TFSI model.

At launch, the Audi TT will be offered in two distinct model lines – Sport and S line. Both will feature the Audi virtual cockpit as standard, where the instrument cluster and the MMI screen combine to form a central, digital unit. Also standard are MMI Navigation plus with MMI touch, electric front seats with rich Alcantara and leather upholstery, as well as keyless entry and start. Matrix LED headlights and a selection of sporty new alloy wheel designs up to 20 inches in diameter are also available.

All TT models are powered by a 2.0 TFSI engine that produces 169kW and 370Nm. Available with both a six-speed manual and a seven-speed dual-clutch S tronic transmission, also either with front-wheel drive or quattro all-wheel-drive, the new TT can reach 100km/h from rest in as little as 5.3 seconds, while returning fuel efficiency figures as low as 6.4 litres per 100km.

Further pricing and specification details will be announced at launch.