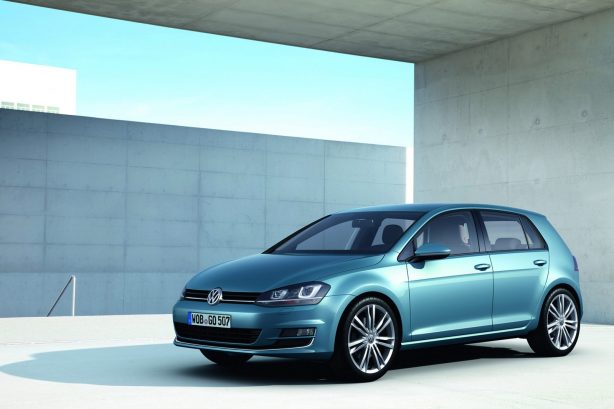 Here it is, the most important Volkswagen of all, the 7th generation Volkswagen Golf hatchback. It had been 36 years since the original model defined the modern compact segment, with 29 million sales and counting.

The latest model was previewed at a special event in Berlin, Germany earlier today, ahead of its official world debut at the 2012 Paris Motor Show later this month.

While the overall shape of the new car looks familiar and an evolution on the Mk6 Golf’s styling, it is an entirely new car built on Volkswagen’s latest MQB (Modularer Querbaukasten) platform or Modular Transverse Matrix, that also underpins the new Audi A3 and Seat Leon (not sold in Australia). 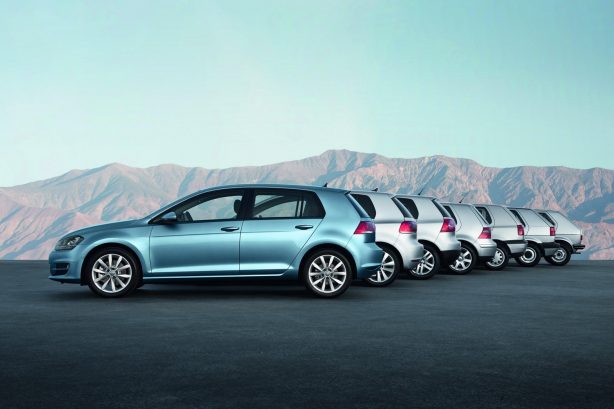 Walter de Silva, Head of Design for Volkswagen AG, commented on the new Golf’s styling: “One of the keys to the Golf’s success lies in its continuity. There are a handful of cars with a design that, like the Golf’s, has been refined, tweaked and enhanced down the decades and thus become timeless.”

Similarly, the interior styling evolves the design of the outgoing model. The most apparent change revolves around the centre console that is now tilted towards the driver for a sportier feel. New to the Mk7 Golf, at least in certain European markets, is a 5.8-inch colour display. This increases to an 8-inch colour display on the top of the range models with satellite navigation. Another highlight is the new electronic parking brake with auto-hold feature.

For the first time in a Volkswagen, the compartment under the centre armrest can be optionally equipped with a universal phone holder with inductive aerial. 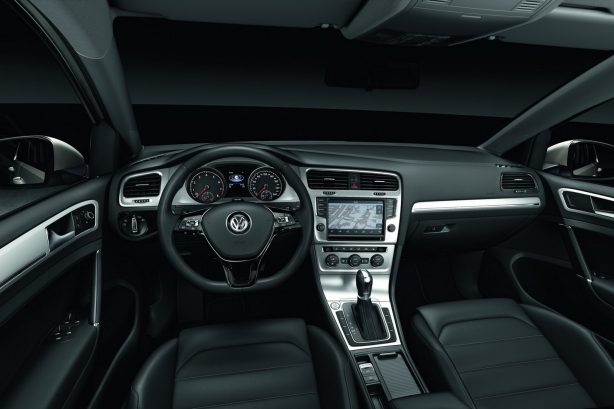 At the back, the luggage compartment has grown by 30 litres to 380 litres, while the front passenger seat can be optionally fully folded forward to generate a load space of up to 2,412mm (95 inches) long. 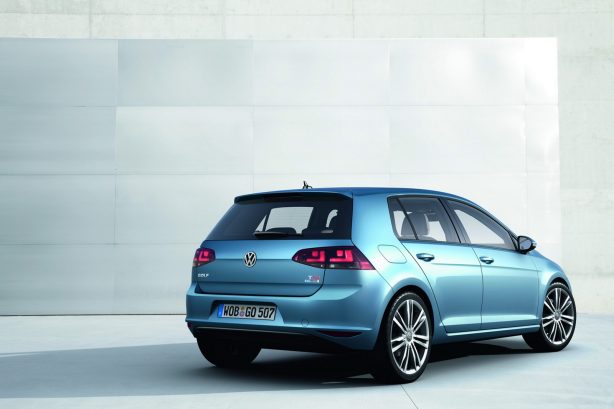 Despite being larger, the Mk7 Golf is up to 100kg (220 pounds) lighter than the Mk6, thanks to the new chassis architecture, production techniques, engines and even electric wiring looms.

The Wolfsburg based company cited a few examples on where weight savings were made: the new electrical wiring is 3kg lighter, 12kg is shaved from the equipment features, 26kg from the aluminium components in the chassis and 38kg from the new body, bringing the base model’s curb weight down to 1,050kg (2,315 pounds).

New safety features that debut on the Golf include the multi-collision brake system that automatically applies the brakes on the car after a collision to reduce kinetic energy and minimise the chance of a second impact, and the PreCrash system that re-tensions seatbelts and closes the windows and sunroof, leaving just a small gap, to ensure protection from the airbags during a crash. 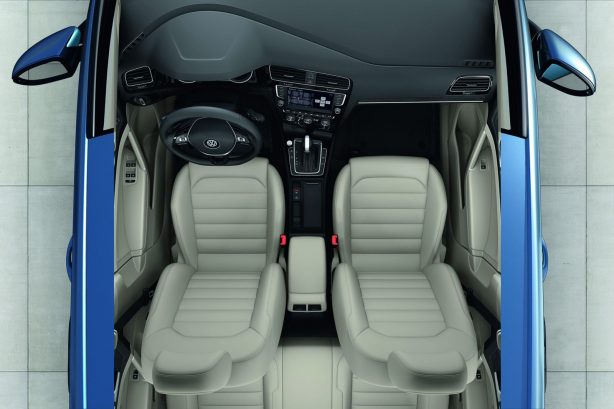 Depending on the market, Adaptive Cruise Control, Front Assist, which can bring the Golf to a complete stop and operates at speeds of up to 150 km/h (93 mph); City Emergency Braking, which operates at up to 30 km/h (19 mph); and the Park Assist that automatically parallel parks the car in a space no more than 80 cm (31.5 inches) longer than itself, are also available.

Like its predecessor, the Mk7 Golf will be offered with a variety of drivetrains, mated to either 6-speed manual gearbox or 6- and 7-speed dual-clutch DSG transmissions.

For the European market, Volkswagen will debut two brand new generations of petrol and diesel engines in the Golf, all of which are equipped with a standard stop/start system and battery regeneration, with power ranging from 63kW (84hp) to 110kW (148hp). 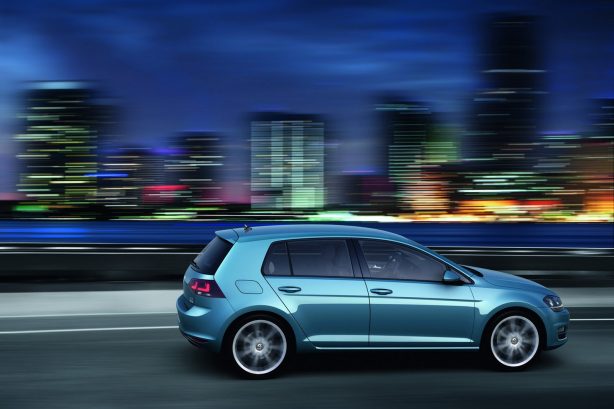 The fuel-efficiency champion will of course be the diesel-powered Golf BlueMotion, with CO2 emission of just 85 g/km and a combined fuel consumption of 3.2l/100km (73.5mpg US or 88.3mpg UK).

The five-door hatchback will be joined later by a three-door version, the sporty GTI and R, as well as a station wagon and convertible. The Mk6 Golf is scheduled to arrive on Australian shores in early 2013.

Previous Parking your Lamborghini in your Apartment Living Room? Sure
Next Video: BMW M6 Convertible vs Mercedes-Benz SL63 AMG