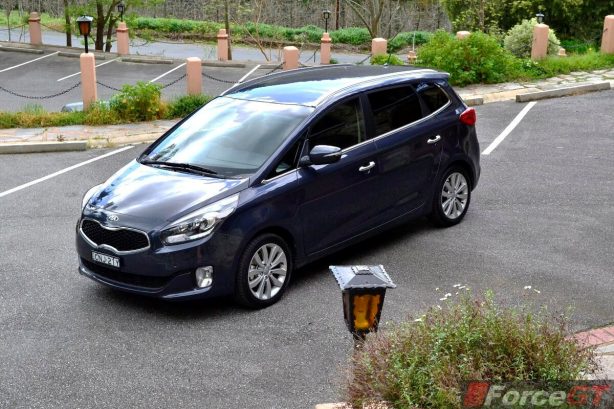 People movers, like Kevin Rudd and boat people, aren’t very popular in Australia. I can count with one hand the number of MPVs (multi-purpose vehicle) that are in our showrooms today. There’s the aging Honda Odyssey, the rarer than a Victorian tea-cup Peugeot 5008, the clumsy Chrysler Voyager, the everybody has one Toyota Tarago and the Golf’s bread van cousin Volkswagen Caddy.

Alright. Two handfuls, if you include the Ssangyong Stavic, and the Mercedes-Benz Viano, and the Hyundai iMax, and the Volkswagen Caravelle and the upcoming Proton Evora.

Anyway, I’m sure you get my point.

Now that we got the arithmetic right, let’s talk about the reason for this review in the first place – the 2013 Kia Rondo. 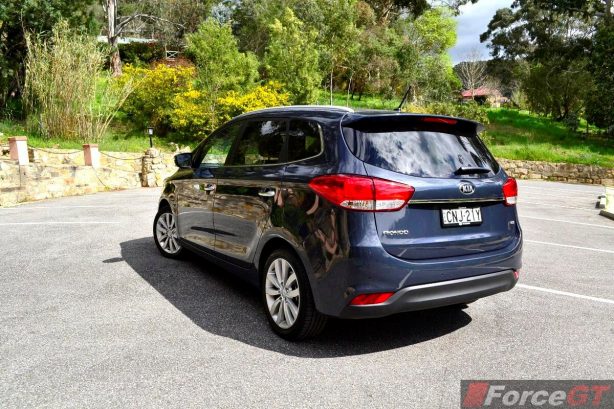 As people movers go, the all-new Kia Rondo is one of the better looking ones. Its sleek and contemporary design is a dramatic shift away from the drab and anonymous look of its predecessor, thanks to the poster boy of automotive design, Peter Schreyer, who is now the chief crayon wielder of the Hyundai/Kia empire.

With its corporate grille, swept back headlights and minimal front and rear overhang, the designers have overcome the problematic challenge of making an MPV like the Rondo look stylish.

They have also managed to shrink it slightly without compromising on space, with the new car measuring 20mm shorter, 15mm narrower and 45mm lower than the old car. Underneath the purposeful sheet metal is one of the most spacious and versatile seven-seat people carriers around. There are useful seat trays – airline style – on the back of both front seats, while the middle row of three seats all slide and fold individually to suit one’s requirements. 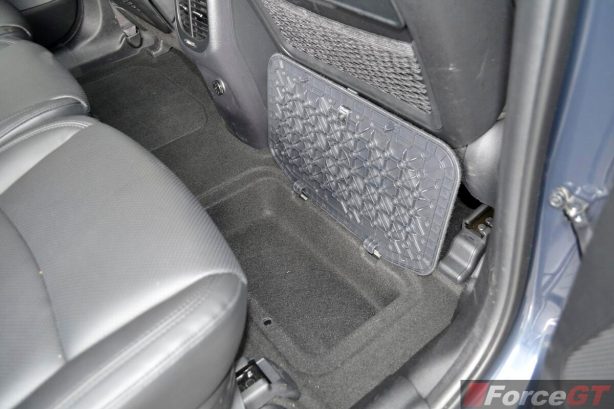 All seats are super comfortable, although if you’re an adult, you can forget about the rear most two seats as they are a little tricky to get in and out of, not to mention the lack of leg and foot room. However, they do tumble easily into the boot floor with a pull of the canvas strap for a 492 litre boot space. With them up, you are left with 103 litres to play with.

Like all of Kia’s latest range of vehicles, the functional dashboard is ergonomically designed and made from soft-touch plastics. Visibility all round is also excellent, thanks to a large glass house and standard reversing camera. There’s even a built-in wide-angled ‘spy mirror’ in the overhead console to check-up on your little precious. 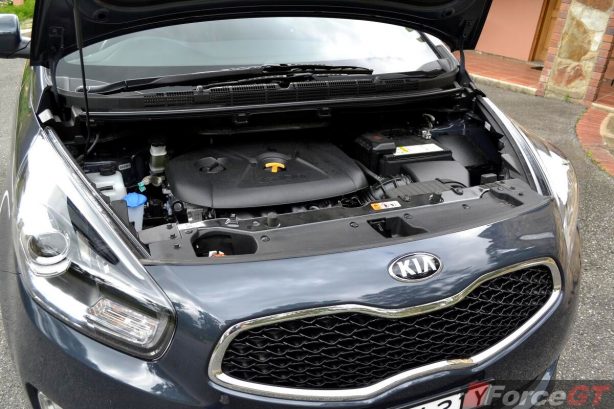 Around town, like Kevin Rudd’s recent desperate attempts to hang on to power, the petrol engine has a tendency to hang on to revs in the first gear, often spinning towards 4,000rpm before upshifting. The result is harsh, tinny engine noise that assaults the ears. Happily, once it settles into cruising speed, the annoying engine note is all but confined to the outside.

Despite riding on a less sophisticated torsion beam rear suspension, the Rondo’s ride is quiet and refined with good suspension travel. In a straight line, you can even describe the Kia’s ride as lush and comfortable. It’s steering is direct and body roll isn’t too bad either for tall boy.

Much of the Rondo’s drivetrain – the engines, transmission, and technology is already widely used in other Kia’s. Therefore, reliability shouldn’t be an issue. Besides, all Kia’s sold in Australia come with a 5 year manufacturer warranty.

While the 2.0-litre engine performs well under most circumstances, it does struggle under full load and on gradients. This is reflected in the below par average tested fuel consumption of 10.2L/100km, where the Rondo spent 75% of its time in urban traffic. 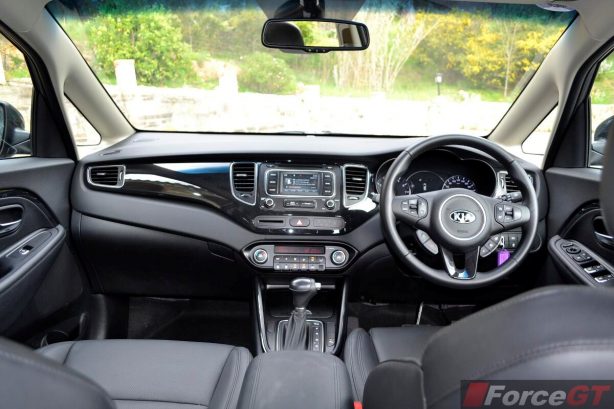 Like most Kia’s, the Rondo is fully featured. While the Rondo is a family-focused vehicle, driver comfort is assured thanks to the tile-and-telescopic adjustable steering wheel and height adjustable driver’s seat.

In Australia, the Rondo is available in three specifications – Si, SLi and Platinum. 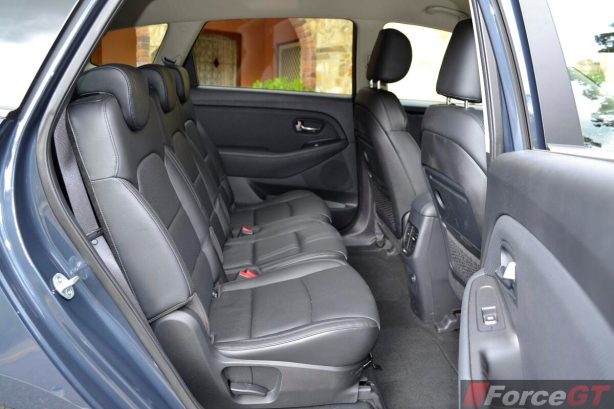 On the safety front, the usual array of active safety including ESC and ABS are standard. There are also six airbags, although the curtain airbags don’t extend to the third row seats.

The 2013 Kia Rondo is the sensible choice for those who need a load lugger but not the high-riding driving position of an SUV. It is attractive to look at and is cleverly packaged to suit the needs of a family. Unlike Kevin Rudd, the Rondo is deserving of their votes.