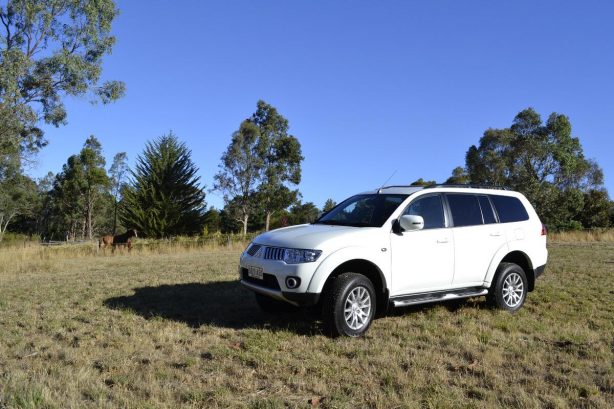 New Year’s resolution – we make one almost every year, and just like every other years, they turned into dissolution. Nevertheless, that doesn’t stop us from making yet a new one year after year, even if we promised ourselves never to make another that we know we won’t be able to keep, and that’s before we even made it! At least for me anyway.

So this year, after the champagne corks have been popped and the smoke from the glistering fireworks has dissipated, I made a New Year’s resolution – I will start body building. You see, I stand only a few inches taller than a hobbit and weigh less than a fully-stuffed turkey at Christmas. I fit into the cracks of the Old Parliament House and lifting anything other than a tea-cup is usually a challenge for me.

Hence, I paid a fresh, preppy-faced, but enviably buffed Personal Trainer at my local gym $60 a week to put me through an hour of the most arduous torture. My brief to him was simple: “make me big and strong”, to which he replied: “no worries buddy, you’ll see noticeable transformation within a couple of weeks… if you train at least three times a week “. “Sweet,” I said.

So, for the next two weeks, I was put through an excruciating routine of circuit training that involved lifting weights to work different muscle groups in succession, with hardly a second to spare between sets. Little did I realise that my hard work will be paid off so soon when I tested the 2012 Mitsubishi Challenger. 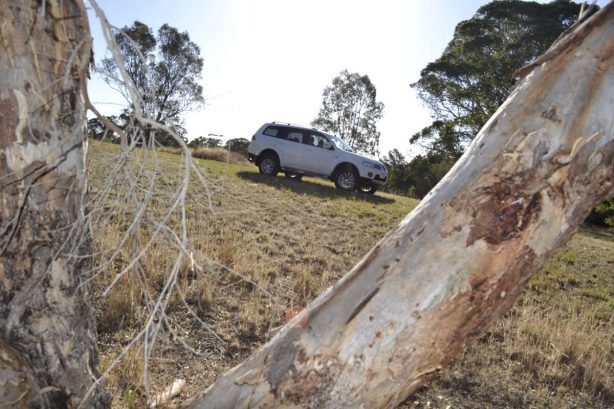 The Challenger is a medium-sized SUV that is based on the Triton ute. It shares the work horse’s inoffensive face, as well as underpinnings. Against a sea of urban SUVs with chic styling and refined road manners, the Challenger comes across as crude and utilitarian, and that’s exactly the intent of Mitsubishi.

Where the majority of SUVs are jacked-up wagons with little off road abilities, beyond mounting the occasional side curb or medium strip, the Challenger has proper ground clearance and old school transfer lever and high-range gear selector (except on the 2WD model as tested here).

Climb into the Challenger’s vast, lofty cabin and you will find the dashboard has been pinched straight from the Triton ute. Its design and layout looks dated and the material is a throwback to the Howard era. This may be acceptable on a ute, but on an SUV, it is a bit of a let down. On a brighter note, the instruments are clear and switch gear are placed high and feel robust. All round visibility is also excellent due to its vast glass house. This is further aided by the optional reversing camera which came with the test car.

There are also plenty of room for 5 passengers and their luggage. In fact, we managed to squeeze a single mattress in the humoungous boot with the seats down. Four-wheel-drive models can also be optionally equipped with a third row of additional 2 seats, although at the expense of luggage space. All seats are well supported and comfortable as well. 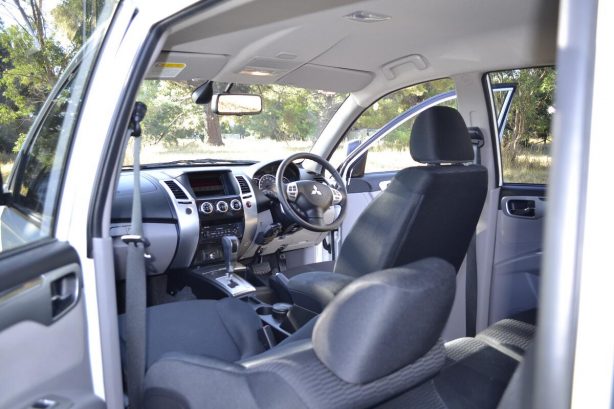 Turn the key to fire up the 2.5-litre diesel and it’s hard mistake it for anything other than a diesel. It sounds agricultural and is ever present in the cabin, even at low speeds. Floor the pedal and the optional 5-speed automatic gearbox we tested demands a few seconds to process the information before kicking down. By then, your foot is buried halfway down the throttle and the resulting response is one overwhelming hit of power and engine roar. Not good. Once on the move though, it is smooth and effortless, with the engine spinning at 1,900rpm at 100km/h at peak torque. Fuel economy wise, we managed to return 10.6L/100km on the combined cycle with 80% city driving, which is not bad for a vehicle close to two tonnes.

The engine pulls strongly from low down and together with a three tone towing capacity, adventure seekers would have no problems towing a boat or horse-float when so desired. Things take the turn of worst when you turn the steering. It is listless and so heavy at parking speeds that without my aforementioned work-out at the gym, it would be a tussle to point the car anywhere without those strong arms.

Unlike most other SUV’s, the Challenger sits on a ladder-frame chassis and while this contributes to the robustness of the car, it isn’t the most dynamic handler in the segment. It leans at the slightest of corner and there is enough body roll to regurgitate one’s meal from the evening before. On the straights though, the ride is compliant and smooth.

Indeed, the Challenger isn’t the most polished SUV on the market, neither is it the best looking, but it is relatively affordable and economical to run. Its unique off-road abilities, robustness and non-pretentious persona should be enough to persuade those who are after a ‘proper’ SUV to take it for a test-drive.