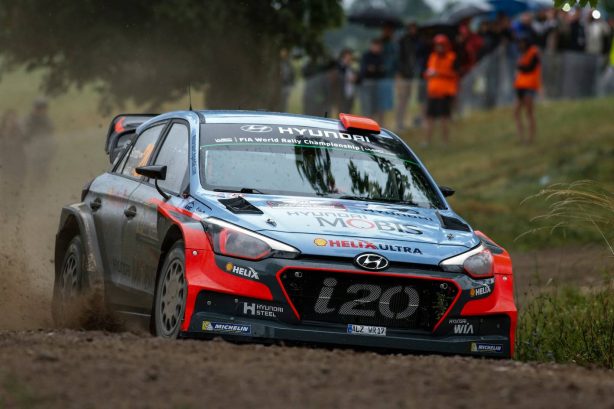 Hyundai Motorsport has finished 3rd and 4th in the seventh round of the 2016 FIA World Rally Championship (WRC) in Poland, picking up 27 manufacturer points along the way. 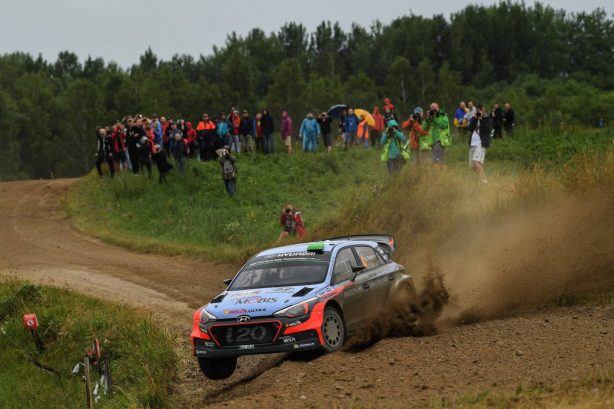 Wet, slippery conditions made for a thrilling final morning as drivers negotiated two runs of the 21.25km Baranowo and 8.55km Sady stages. There was disappointment for Dani Sordo as the Spaniard retired from a top-ten position on the penultimate stage after hitting a bank. Neuville, however, finished the event with a flourish; the Belgian took third in the Sady Power Stage, to pick up an additional championship point.

At the season’s halfway point, with seven WRC rounds still to contest, the Hyundai Motorsport team holds second in the manufacturers’ standings with 135 points. 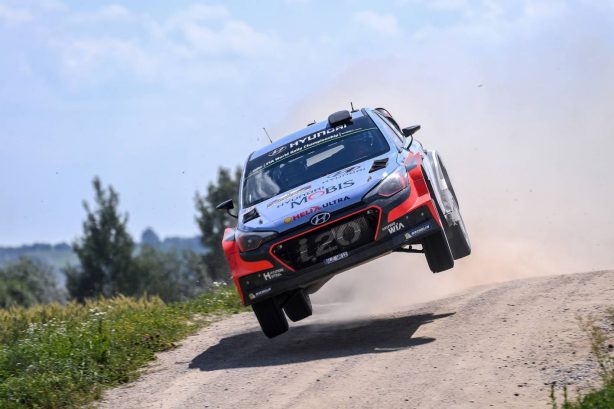 Paddon moves up to third in the drivers’ classification with Sordo and Neuville inside the top-six.

For Paddon (#4 New Generation i20 WRC) and co-driver John Kennard, today’s result marks a third podium of the 2016 season following second place in Sweden and victory in Argentina. The Kiwi crew navigated the tricky conditions on Sunday morning, fending off a close challenge from Neuville for the third place. 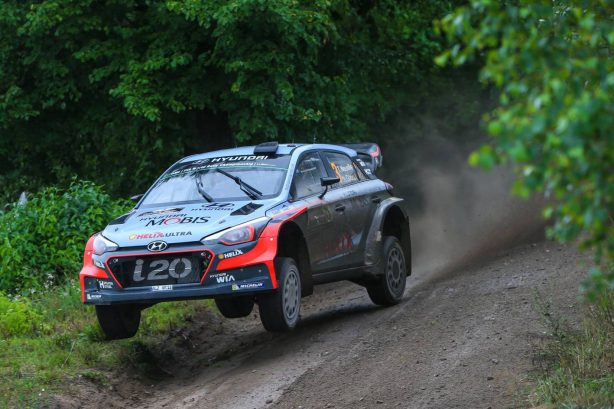 Neuville (#3 New Generation i20 WRC) established himself as a strong podium contender this weekend. The Belgian and co-driver Nicolas Gilsoul were left regretting slow pace notes on Friday as they finished the rally within just three seconds of second place. A convincing run in the tricky Power Stage gave the #3 crew a well-earned consolation point.

Sordo (#20 New Generation i20 WRC) had looked on course for a top-ten finish until the complicated conditions on SS20 (Baranowo) caught out the Spaniard. Contact with a bank caused terminal damage to the rear suspension of his car, and he was forced to retire from the rally – his first non-finish of the season. 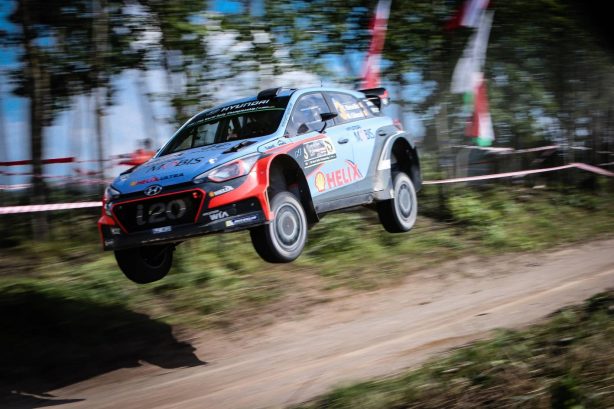 Paddon’s third place gives Hyundai Motorsport its second ever Rally Poland podium, following a top-three for Neuville back in 2014.