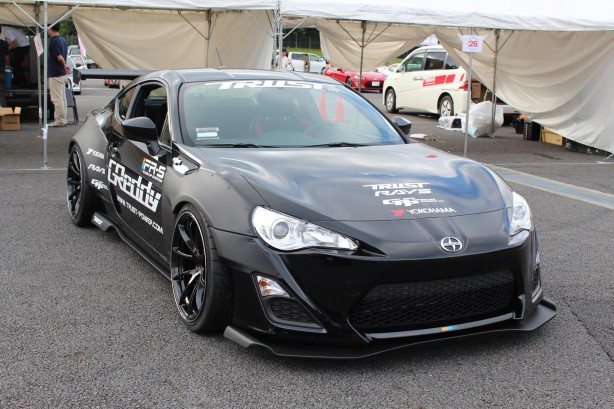 Around about two months ago we reported that Trust/Greddy was working on a new widebody kit for the hugely popular Toyota 86 / Subaru BRZ / Scion FR-S sports coupe. We have a rendering of the bodykit here. Now, the new kit is complete and I have to say it looks damn good. 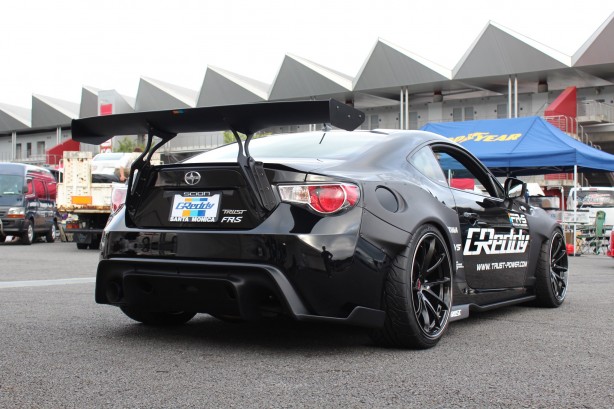 Making its first appearance at an auto exhibition in Japan over the weekend, the complete kit, tentatively called “Rocket Bunny widebody kit” has been fitted to a Scion FR-S. It includes extended front and rear wheel fenders, front lip spoiler, side skirts, rear diffuser and a huge rear spoiler. The show car is also lowered on some nice concaved wheels.