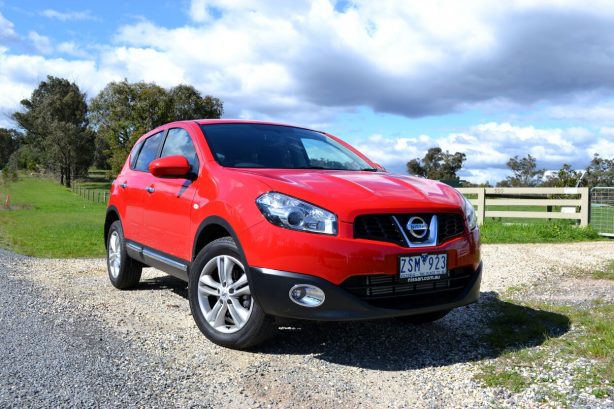 The original Nissan Dualis was launched back in 2007. It combined the small dimensions of a family hatchback with the high driving position and flexibility of a SUV. Since its launch, it has created a new class of car – the crossover. In 2010, it received a mild facelift to keep up with the slew of rivals it had created – the Mitsubishi ASX, Skoda Yeti and Hyundai ix35 just to name a few.

Popular demand for diesel crossovers has prompted Nissan to add a new diesel powered Dualis to the previously petrol-only range. The new 2013 Dualis TS (as tested) slots in the middle of the range with a new four-cylinder 1.6-litre turbo diesel engine. Unlike the petrol versions, which are offered in both front-wheel-drive and all-wheel-drive forms, the diesel Dualis TS is only available in front-wheel-drive form. A six-speed manual transmission is standard with no automatic option.

Based on similar dimensions as a hatchback, the Nissan Dualis’ compact design is both sporty and rugged, without looking overly chunky. Its smoothly contoured shape is simple and uncluttered, making it one of the best looking crossovers in its class. The range comes standard with alloy wheels with the ST and TS models getting 17-inch wheels while the higher spec Ti-L and Ti-L AWD models sport 18-inch items. 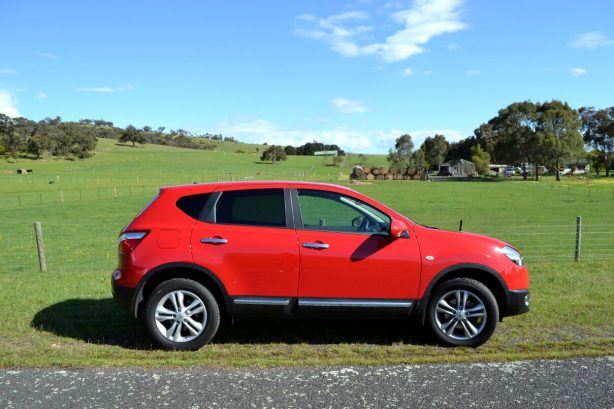 Like the outside, the Dualis’ interior is simple and functional. The dashboard is ergonomically laid out with clear instruments and robust switchgears, although in some places the buttons and knobs look a little dated. There are loads of usable storage compartments around the cabin, with the one in the centre console large enough to swallow a 1.0-litre water bottle.

Behind the wheel, the high-set driving position is excellent, giving good all-round visibility. The seats are comfortable too with good support. At the back there is room for two adults and a small child. Rear legroom is also surprisingly generous for a small SUV.

With 410-litres of rear cargo space, the Dualis’ boot is bigger than those on most of its rivals. Its wide and flat opening also makes loading very straightforward. The space can be further extended to 860-litres with the 60:40 splitting back seats folded down.

The turbo diesel engine that powers the Dualis TS tested here develops 96 kW at 4,000 rpm and 320 Nm at 1,750 rpm. It’s relatively potent on paper for a small four pot but in the real world, with two occupants or more, it needs to be worked quite hard, which isn’t fun as you get quite a lot of diesel grumble. However, it is up to the task as a city runabout when coupled with the slick six-speed manual gearbox. 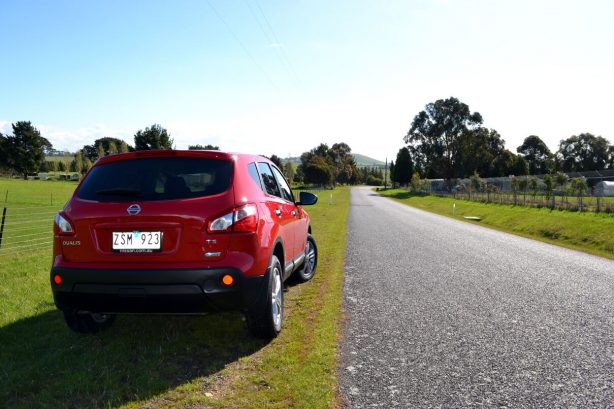 With an excellent turning circle the Dualis is a breeze navigating through tight city car parks and lane ways, although its steering feels a little disconnected.

The suspension has a good balance between comfort and handling, giving a smooth ride around town and a sure-footed feel around the bends. It is also less wobbly around country back roads than some of its rivals.

On the freeway the diesel settles down to a quiet hum. The cabin is well suppressed from road noise across most road surfaces but suffered from slight wind noise around those large wing mirrors.

The interior of the Dualis feels robust with solid rubbery feel soft touch plastics in the upper part of the dashboard, door trims and both sides of the centre console. Panel gaps are minuscule and well aligned with no noticeable rattles or squeaks around the cabin.

Overall, the Dualis’ cabin is solidly put together and everything you feel and touch seems to have been designed to last for a hundred years. 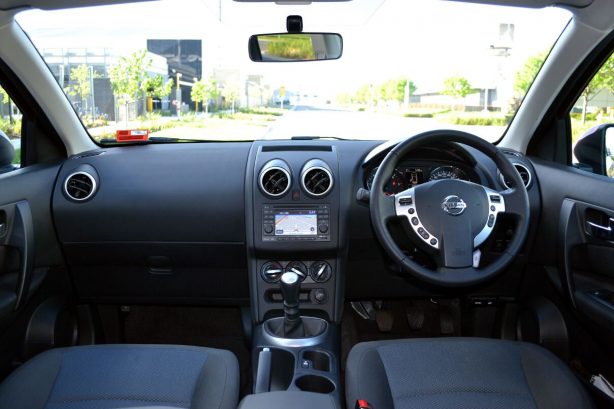 If fuel economy is your top priority then the diesel Dualis would be right up your alley. Its small diesel engine, with automatic stop/start technology, is impressively fuel efficient. Over our week long test with about 65% urban driving, the Dualis managed to return a class-leading average fuel consumption figure of 5.2L/100km. At constant revs on the freeway it sips as low as 4.0L/100km.

On a full tank of fuel (65 litres), the Dualis is capable of covering well over 1,000km of mostly freeway driving. 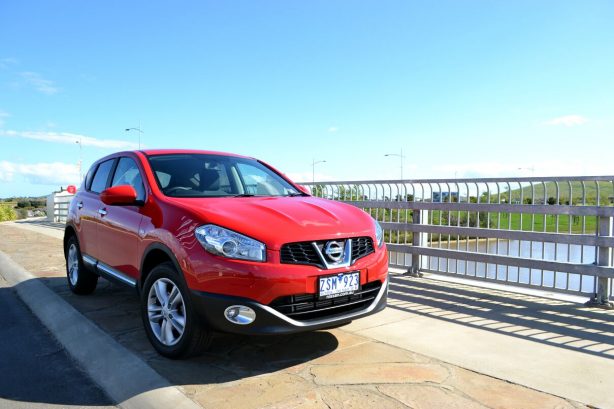 The 2013 Nissan Dualis combines the practicality and raised driving position of an SUV with the smaller dimensions of a family hatchback. Now with better standard equipment, the Dualis makes a viable family compact SUV. The new TS model is a good addition to the Dualis range and should appeal to those who are concern about running cost. Despite lacking a bit of punch, its highly efficient 1.6-litre diesel engine offers excellent fuel economy.