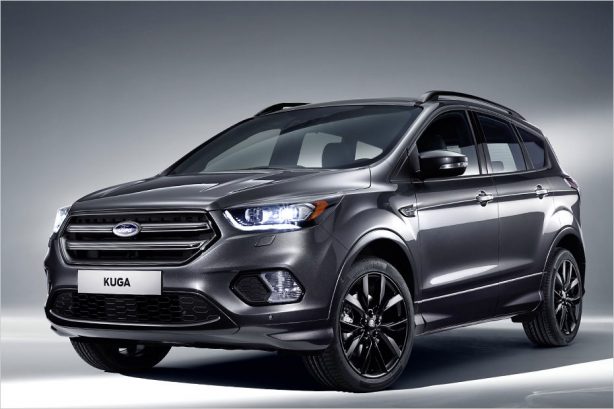 The revised 2017 Ford Kuga is not due to arrive into Australian showrooms until early 2017, but images of the new compact SUV have already been released, and here’s a closer look.

New updates for the fascia include a stretched trapezoidal grille to unify the new Kuga with the rest of the Ford range, new front bumper with wider lower intake and slimmer restyled headlights with LED daytime running lights. At the rear, the taillights have been redesigned, so are the rear bumpers and tailgate.

Inside, the dashboard layout has been revamped with fewer buttons and improved ergonomics. Making first appearance in the new Kuga is Ford’s latest SYNC3 infotainment system which allows voice command operation of air conditioning, smartphone features and navigation.

A range of turbocharged petrol and diesel engines will be offered in the new Kuga, including a new 1.5-litre turbo-diesel engine. Both front-wheel and all-wheel drive formats will be available.

As with the current line-up, the new Kuga will be offered with three trim-levels: Ambiente, Trend and Titanium. Full pricing and specification will be announced closer to launch.