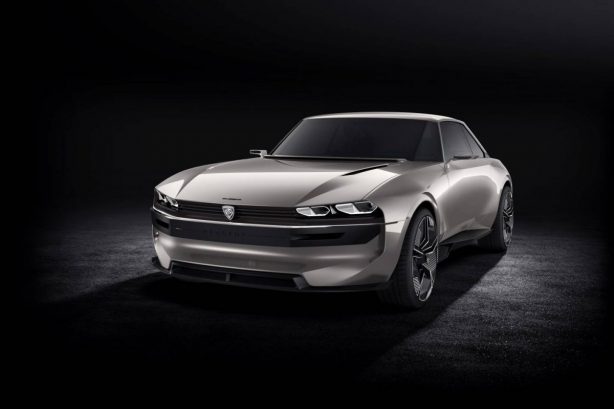 Peugeot has been building cars for 120 years and is one of the oldest car manufacturers in the world. It’s certainly produced some beautiful cars in that time, including the 504 Coupe from the late 60s. Now the company has unveiled a modern interpretation of the model in the form of the e-Legend.

An athletic and sensual look 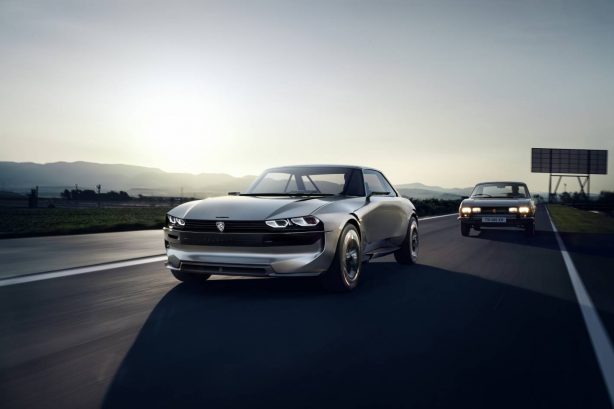 To frame its technological vision, the e-Legend Concept reinterprets the 504 Coupe with its angular front fascia and double headlights. The front grille has been added just for décor as it doesn’t serve any purpose due to the concept’s all electric powertrain.

At the back, it carries the visual signature of modern Peugeots with its 3 claws that is treated in a very technological way. The 3rd brake light located at the top of the rear window covers its full width with a multi-blade assembly that reflects itself. 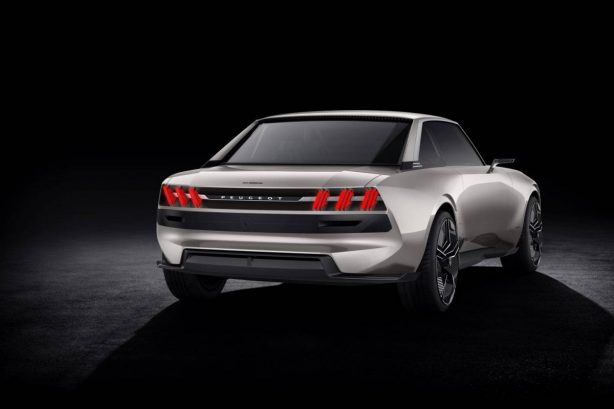 The wheel arches housing the 19-inch alloys not only look great, but also serve an aerodynamic purpose as the front ones incorporate an air passage to boost airflow.

At the bottom of the rear pillar, a piece of black trim contains a screen that displays a personalized greeting as well as the batteries’ charge level.

Inside, the designers focused on warm materials to counter balance the cold digital material. Silk velvet is cleverly mixed with a modern technical mesh, woven digitally and especially for the e-Legend Concept from a shiny thread reminiscent of the hue of velvet, which can also be found in the Peugeot 3008 and 5008. 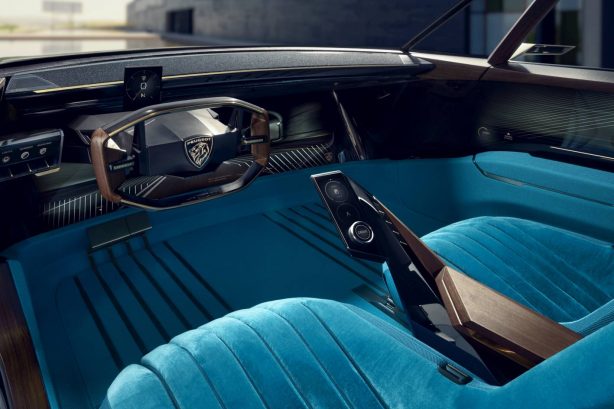 Most conventional controls have been replaced by a 6-inch touchscreen and a rotary knob. There is also a digital toggle bar presenting various commands configurable based on the driving mode on the left hand side of the steering wheel.

Most information is broadcast on 16 screens of different sizes around the cabin, including a massive 49-inch curved display, 29-inch displays in the doors and 12-inch screens in each sun visor.

Powering the e-Legend is a massive 100kWh battery pack that provides enough electrons for 600km of driving range in the new WLTP cycle. Impressively, it takes just 25 minutes to recharge the battery to 500km of range.

The electric drivetrain produces 340kW of power and a stout 800Nm of torque, distributed to all four wheels to enable the e-Legend to hit 100km/h from a standstill in less than 4 seconds before hitting a top speed of 220km/h.

Peugeot says it has not plans at this stage to create a road-going version of the e-Legend. 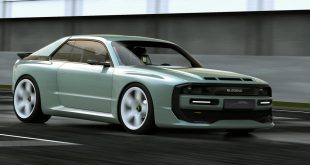 With no fewer than 10 players, the hatchback market is one of the hottest segments …