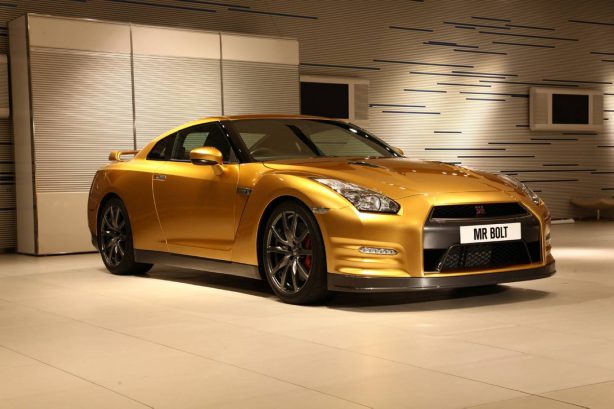 What does the mighty Nissan GT-R share with Usain Bolt? You guessed it, they are both fast! The Olympic gold medallist and world’s fastest man recently became the honorary ‘Director of Excitement’ for Nissan.

Already a brand ambassador for the company, Nissan hopes the partnership will spearhead the brand’s ambitious global marketing drive.

“Racing is my inspiration, and I want to help Nissan become an even more exciting brand for everyone,” said Bold at Nissan’s headquarters in Japan. 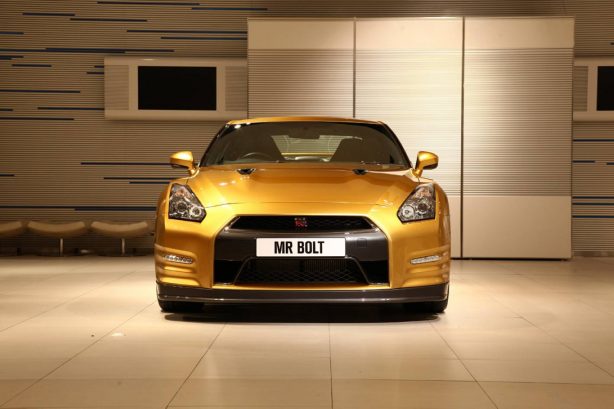 Bolt will work with Nissan product specialists on a limited-edition GT-R which will go on sale in markets where the supercar is available. Details of this project will be announced later.

In recognition of the sprinter’s contribution to sports and his automotive enthusiasm, Nissan’s Chief Operating Officer, Toshiyuki Shiga, unveiled a one of a kind gold-painted GT-R, which will be auctioned eBay to benefit the Usain Bolt Foundation (http://usainbolt.com/foundation).

Details of the auction will be announced later in October, while the proceeds will help the foundation’s work creating educational and cultural opportunity for children and young people in Bolt’s home country of Jamaica. 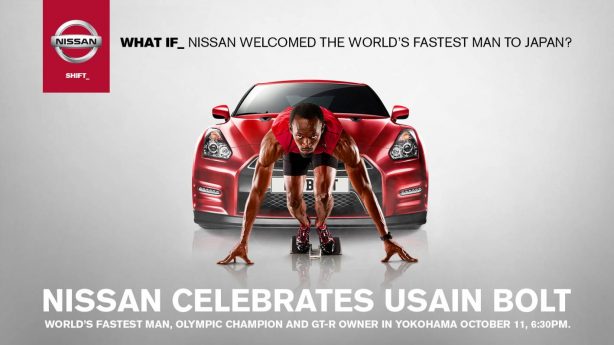 The unique GT-R will be embossed with Bolt’s signature and comes with bespoke interior fittings finished in real gold.

On top of that, Bolt also test-drove various GT-R models while in Japan at the company’s proving ground near Oppama, where his reaction times, acceleration and other handling capabilities will be used in developing his very own “Bolt GT-R”.