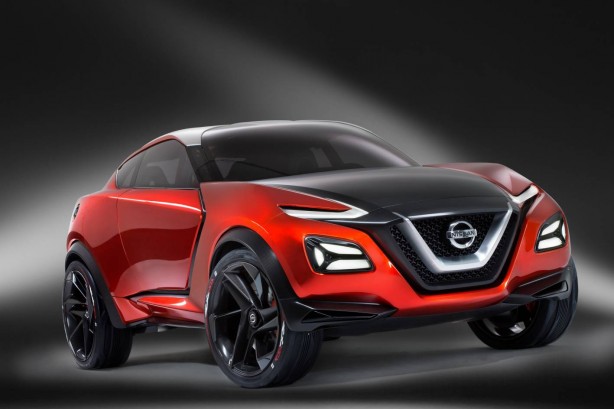 Crossover pioneer Nissan has revealed at the Frankfurt Motor Show a new concept car that points to an innovative new future for the marque.

Paying homage to one of Nissan’s first ‘crossovers’ – the iconic Safari Rally-winning Nissan 240Z, the Gripz Concept blends the ability and practicality of a compact crossover with the excitement and performance of a sports car.

Like the 240Z rally racer, the Gripz Concept conquers rough terrain with raised ride height and toughened suspension, but makes do with an petrol-electric hybrid drivetrain. 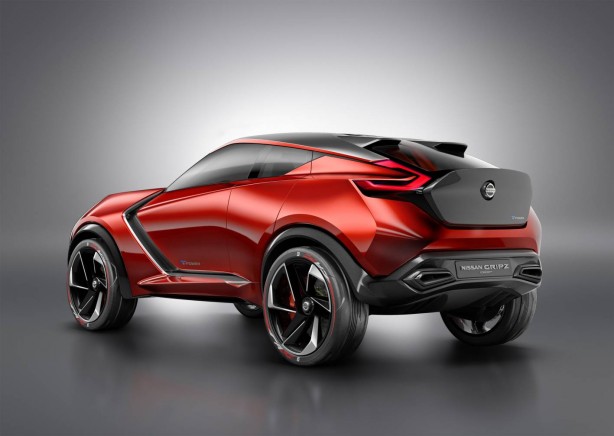 According to Nissan, the Gripz Concept should be seen as a design statement rather than a replacement for an existing model, although it features cues from Nissan’s new ‘emotional geometry’ design language.

The Crossover concept incorporates four key design elements first seen in Europe on the Nissan Sway, one of the stars of the 2015 Geneva Motor Show. As with Sway, the Gripz features Nissan’s V-motion grille, boomerang lamps front and rear, a floating roof and a kicked-up C pillar.

However, the similarities end there. While Sway hinted at a possible direction for a compact hatchback, the Nissan Gripz Concept is quite the different proposition. 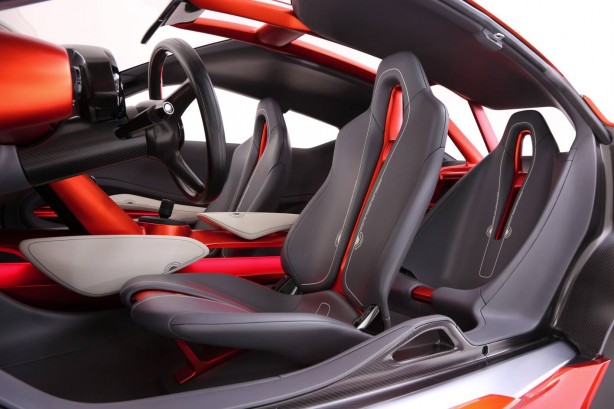 “Nissan pioneered the idea of the compact crossover, and this is reflected in the enormous popularity of Qashqai and Juke and the resulting growth of the market segment as other manufacturers play catch-up,” said Shiro Nakamura, Senior Vice President and Chief Creative Officer.

“While the Nissan Gripz Concept is not seen as a direct replacement for either of those two iconic vehicles, it does show the extremes to which the compact crossover can be pushed.”

Created through collaboration between Nissan Design Europe in London and Nissan Global Design Centre in Japan, the exterior of the Nissan Gripz Concept is guided by the ‘emotional geometry’ body sculpting concept which depicts strong contrasts through the dynamic, tensional, yet edgy surface. 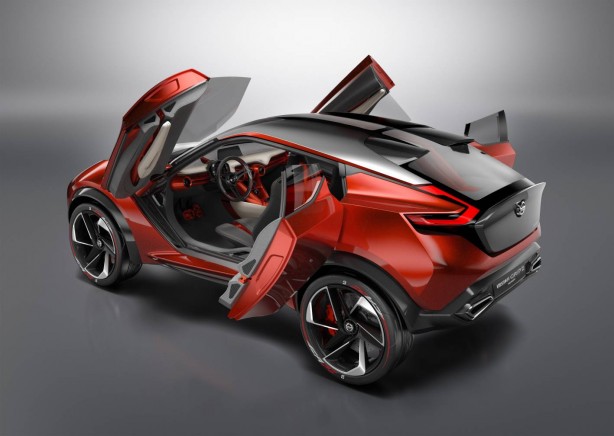 Exposed carbon elements spear through the design, accentuating features such as the boomerang-shape given to the leading edge of the front door structure.

Embedded in the lamps are forward-facing cameras that record every journey, just as a helmet-cam is used by cyclists. Using a live feed, adventures through great roads can be beamed around the world, allowing for friends to follow the car’s progress on their computer, tablet or smart phone in real time.

The seats and centre console are directly inspired by bicycles, as are the door pulls that are shaped like saddles from a racing bike. The three-spoke steering wheel, meanwhile, replicates the car’s road wheels, right down to the special graphics found on the tyre sidewalls.