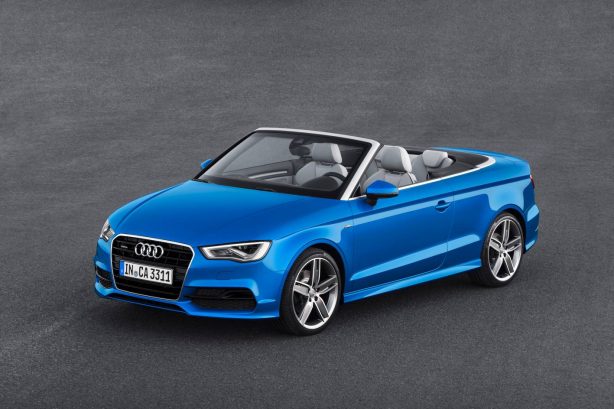 Audi has presented for the first time at the 2013 Frankfurt Motor Show, the new A3 Cabriolet. The compact four-seater convertible features a soft cloth top that is able to open or close electro-hydraulically in less than 18 seconds at the touch of a button, even while driving up to 50 km/h.

The fully automatic soft top has a glass rear window and is offered in Black as standard. A fully automatic acoustic top is available as an alternative; it has a thicker inner foam layer which reduces the interior noise level further.

Thanks to the use of lightweight materials, including an aluminium bonnet, the new A3 Cabriolet is 50kg lighter than its predecessor, weighing in at 1,365kg. 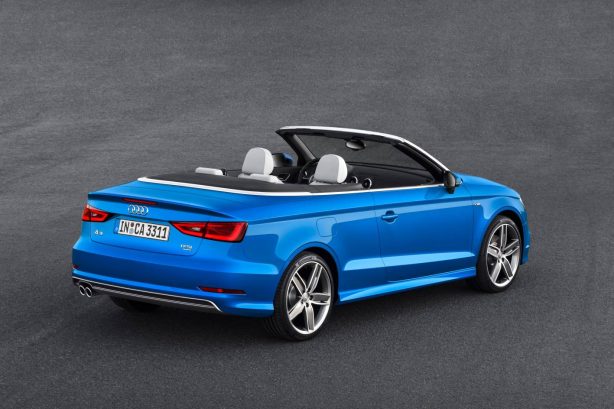 The three newly developed engines will be offered in the Audi A3 Cabriolet when it arrives in Australia in the third quarter of 2014. A 1.4-litre TFSI petrol engine producing 103 kW and a larger 1.8 TFSI developing 132 kW. A diesel 2.0 TDI is also available that develops 110 kW. Further down the track a range of new engines will follow – ranging from the 1.6 TDI with 81 kW to the 2.0 TFSI, which will power the Audi S3 Cabriolet with 221 kW. All engines in the new Audi A3 Cabriolet combine the technologies of direct injection, turbocharging and a start-stop-system.

Audi claims that the three engines offered at market launch have 12% better fuel economy than the engines in the previous model. The base 1.4 TFSI, for example, accelerates the new Audi A3 Cabriolet from 0 to 100 km/h in 9.1 seconds, while returning a combined fuel consumption value of 5.0 litres per 100 kilometres. Contributing to this efficiency is Audi cylinder on demand (COD) technology, which deactivates two of the engine’s cylinders in low load conditions. 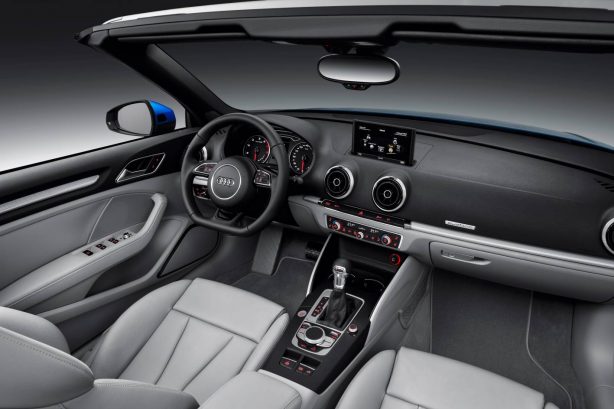 The new Audi A3 Cabriolet will be available with both automatic and manual transmission. At its launch, the 1.8 TFSI is being offered with a seven-speed S tronic; together with the Audi drive select vehicle dynamics system, it offers a free-wheeling function that further improves fuel economy. The 1.4 TFSI and 2.0 TDI are each paired with a manual six-speed transmission. This will be followed by the quattro all-wheel drive system.

The top S3 version, which will follow shortly after the car’s initial launch, packs a 2.0 TFSI engine producing 221 kW and 380 Nm of torque. With a six-speed S tronic, the car completes the sprint from 0 to 100 km/h in 5.4 seconds. The combined fuel consumption of the four-cylinder turbo is 7.1 litres per 100 kilometres.

The quattro drivetrain operates with an electronically-controlled hydraulic multi-plate coupling. The body was lowered 25 millimetres (0.98 in), and 17-inch brakes are mounted behind the 18-inch wheels. 19-inch wheels are also available in conjunction with Audi magnetic ride. Progressive steering is standard. 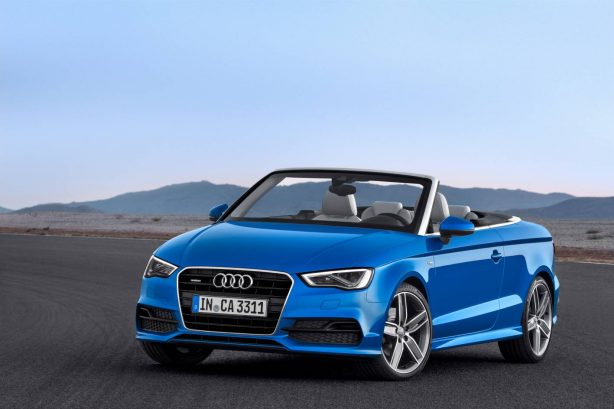 “The new A3 Cabriolet will enter the market in a stronger price position than the previous generation, following in the footsteps of the third-generation A3 Sportback,” said Audi Australia’s Managing Director, Andrew Doyle.

“Creating a dynamic shape in such a compact form, while allowing for the folding mechanisms of the soft-top and a generous boot capacity, is quite a challenge. But the Audi Design team has really nailed its brief.

“We know that current A3 Cabriolet customers will be excited by the styling of the new model, and expect it will also draw quite a few new admirers.”

Pricing details of the 2014 Audi A3 Cabriolet will be announced closer to local launch.

When it comes to the baddest Police street weapon, we have seen a fair share …