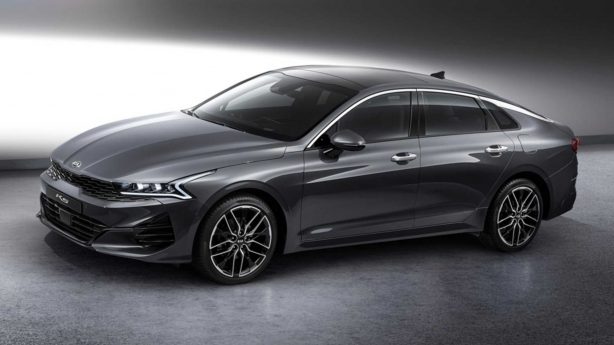 After a string of teasers, Kia has today released exterior images of the all-new Optima sedan. Released in its native Korean market specification, the new mid-size sedan offers a fresh and innovative take on the sedan segment and showcases Kia’s bold new design direction.

Called the K5 in South Korea, the 2020 Kia Optima builds further on its predecessor’s sleek design, bringing with it a sporty, modern and bold character. 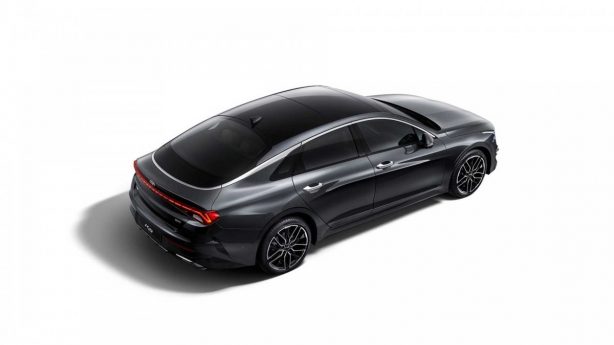 The front of the car is characterised by the company’s new signature grille called the ‘Tiger Nose Evolution’, a wide, three-dimensional design which harmoniously integrates the grille and headlamps. According to Kia, the texture of the grille is modeled on the texture of shark skin, portraying a ‘powerful and sporty image’. The grille is made with a matrix of interlocking details to give the Optima a ‘classy and dynamic look’.

The Optima’s new front LED headlamps feature a distinctive ‘heartbeat’ daytime running light signature. Around the grille, the deeply-contoured bonnet and aggressive lower bumper round up the front fascia, giving the Optima a strong road presence. 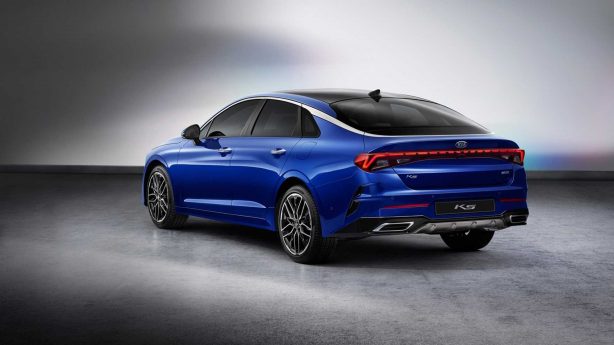 The profile of the Optima displays a greater sense of muscularity than its predecessor, with the body narrowing slightly at the midpoint between wheel arches. A distinctive crease runs the length of the K5’s body, while a dash of chrome above the car’s new frameless windows adds greater drama to its flowing, fastback roofline.

The all-new Optima is longer and wider than its predecessor. The length of the new model has been extended by 50mm to 4,905mm and the width by 25mm to 1,860 mm. The wheelbase is stretched to 2,850mm, improving high speed stability. A 20mm drop in height to 1,445mm creates a low-slung sporty profile. 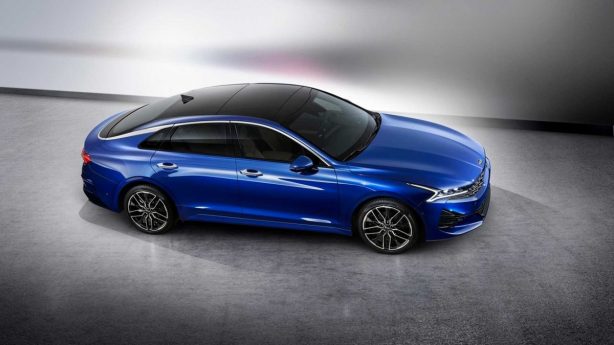 The back of the Optima has a new rear-combination lamp design which provides a sporty silhouette mirrored by the three-dimensional design of the Optima’s subtle rear wing. The unique rear light signature mirrors the slender ‘heartbeat’ motif found at the front of the car, while the flash of chrome from the roofline loops around the base of the rear screen, unifying the side and rear profile.

Kia has stopped short of revealing the Optima’s new cabin, but if the interior sketch is of any indication, we can expect the inside to be as interesting and premium as the exterior.

The new-generation Kia Optima will go on-sale in the brand’s domestic Korean market in December, with global roll out slated to begin in early 2020.

Previous Nissan X-Trail range expands with N-Trek special edition
Next 2019 Subaru Outback Review – Is It Better Than an SUV?