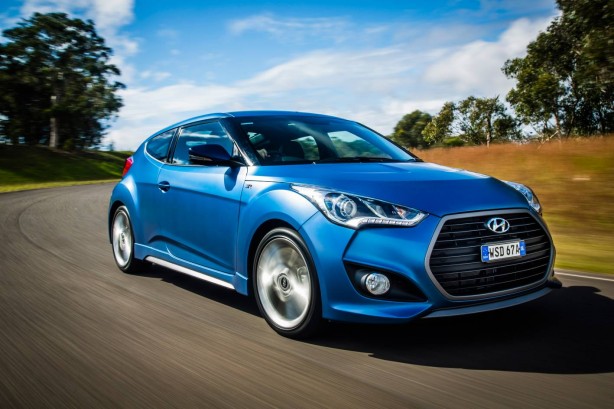 Hyundai has streamlined its Veloster range in Australia from four grades down to just two high specification variants. Entry to the radical three-door coupe now starts from $29,590 for the normally-aspirated 1.6-litre Veloster. Not too much dearer, the turbocharged 1.6-litre Veloster SR Turbo is priced from $30,650. Both stickers exclude on-road costs and see a drop of up to $3,340 compared to before.

Still selling strongly in its sixth year on the Australian market, the Veloster now combines two previous model grades into one flavour, gaining new standard features along the process. 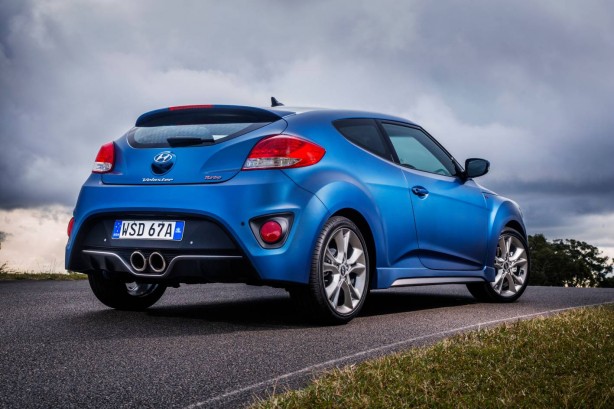 It is a similar story for Veloster SR Turbo, which now represents better value thanks to the addition of the Apple Carplay and Google Now (Android), panoramic sunroof, automatic climate control and electrically folding and heated side mirrors.

The Veloster is powered by a 1.6-litre four cylinder direct-injection petrol engine rated at 103kW and 167Nm. It’s offered with either a six-speed manual gearbox or dual-clutch transmission (DCT).

The 1.6-litre turbocharged petrol engine in the Veloster SR Turbo develops 150kW and 265Nm. It’s also available with either a six-speed manual gearbox or dual-clutch transmission. 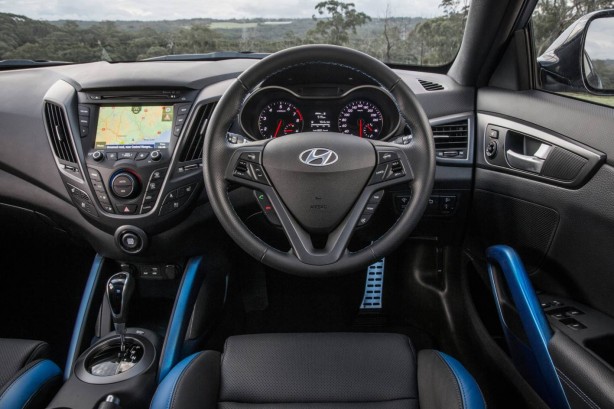