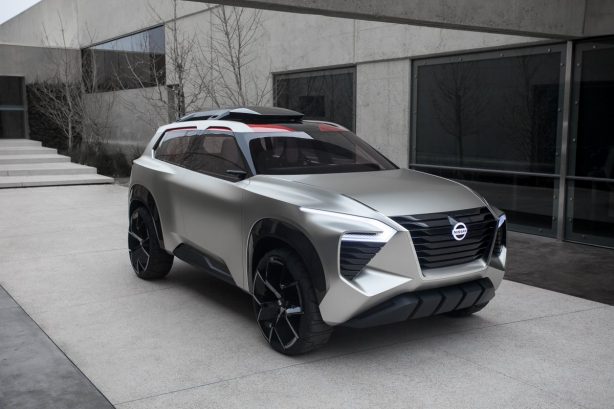 Unveiled today at the North American International Auto Show (NAIAS) is a dramatic three-row SUV concept from Nissan. The X-Motion concept signals a Nissan design direction for 2020 and beyond, featuring strong hints of a traditional SUV – the high stance, high-utility proportions and bulked-up fenders, stuffed with all-terrain-ready wheels and tyres. 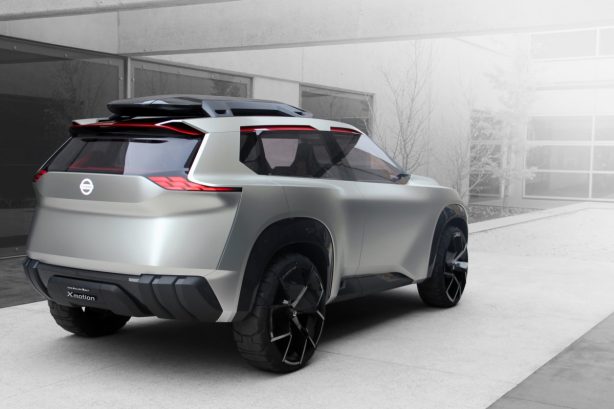 “The Xmotion concept is a study in how seemingly disparate elements can gain power and strength through coexistence,” said Alfonso Albaisa, senior vice president of global design at Nissan Motor Co., Ltd.

“It draws inspiration from the Japanese aesthetics and techniques that have been passed down through generation after generation. At the same time, it achieves the modern purposefulness required for drivers in the near-future era of connected, autonomous crossover vehicles.”

With its long wheelbase, with wheels and tyres pushed out to the extremes of the corners, the Xmotion concept allows for the creation of a fresh, “4+2” passenger layout.

Featuring three rows of side-by-side individual seats, it’s designed to provide space for a young couple, another couple and two children or pets in the third row. 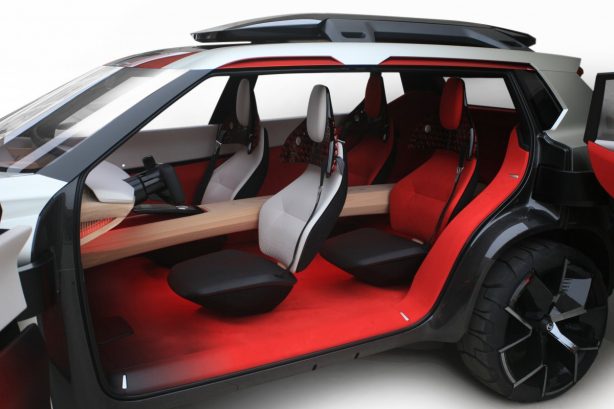 “We envision the vehicle to be a highly functional, everyday SUV that can be driven every day yet can take the owners and friends to a national park or recreation area on a whim,” said Albaisa.

In order to accommodate the extra row of seats, the Xmotion concept includes a retractable “rooftop box.” The design is aerodynamically efficient and flexible enough to carry a variety of bags or recreational equipment. 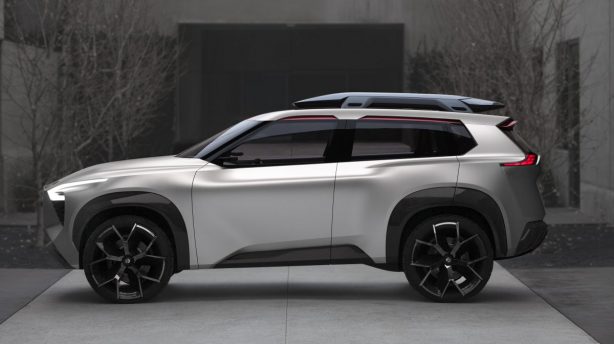 The interior was said to have been created with the imagery of a Japanese landscape. The floor represents a river – with the centre console acting as a bridge that connects the front and rear passenger areas.

“The seats are like ships that float and go slowly with the flow of the water. On the floor, we made a pattern that reminds the occupants of waves,” said Albaisa.

“There’s also a hidden landscape at the third row when the door is opened, when Mt. Fuji appears dramatically and understatedly.”

On the console, an item called a “floating commander” can sense a passenger’s movement. It contains a motion sensor inside and scans the motion of a passenger’s hand to control the entertainment system, as well as the heating, ventilation and air conditioning.

Nissan has revealed little details on the X-Motion’s powertrain other than it’s driven by Nissan Intelligent All-Wheel Drive.