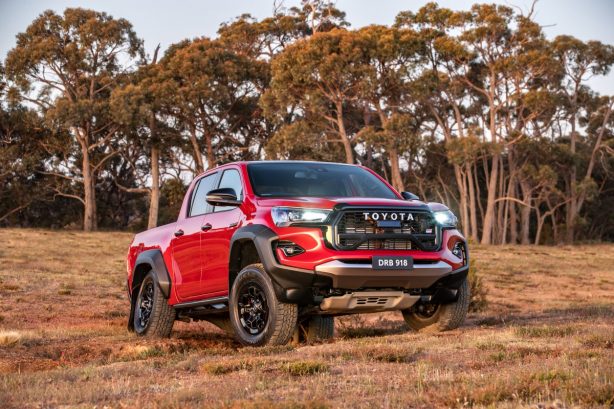 Toyota has unveiled the most extreme HiLux to date, with the new GR Sport model taking out the range-topper status for the 2023 HiLux range. 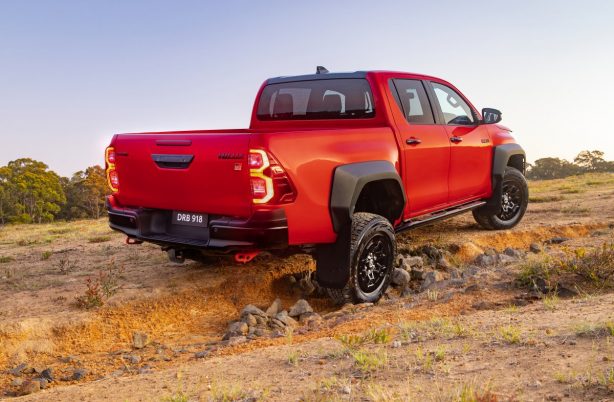 Designed with heavy input from Toyota Australia’s engineers, who worked alongside their counterparts from Latin America, Thailand and Japan, the most hardcore, most powerful HiLux ever is powered by an uprated 2.8-litre turbodiesel engine producing 165kW and 550Nm, an increase of 10 per cent over the regular HiLux models. The power boost is courtesy of a revised turbo and fuel-injection control.

Combined with sportier tuning for the automatic transmission and an expanded lock-up area, the HiLux GR Sport promises added confidence for accelerating and overtaking in all conditions, enhanced by improved control through paddle shifters on the steering wheel. 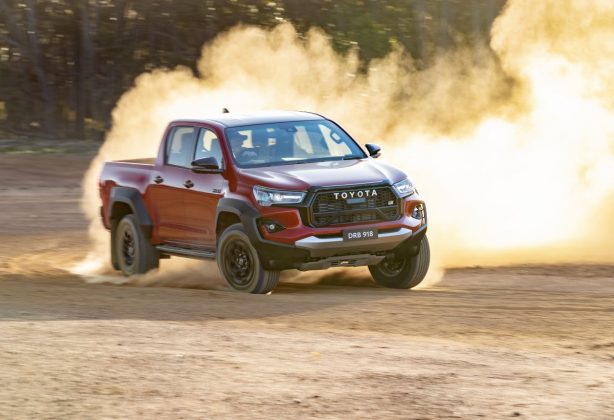 The new platform adopts wider tracks – extended 140mm front and 155mm rear – with redesigned wishbones and a reinforced rear axle to cater for the most demanding driving conditions.

Dedicated monotube shock absorbers with higher damping force and heat-dissipation capacity, stiffer coil springs and an optimal front-rear suspension balance is claimed to deliver improved handling and stability through reduced roll angle and a more precise steering response. Toyota claims the set-up and tuning is done without compromising ride comfort for everyday use. 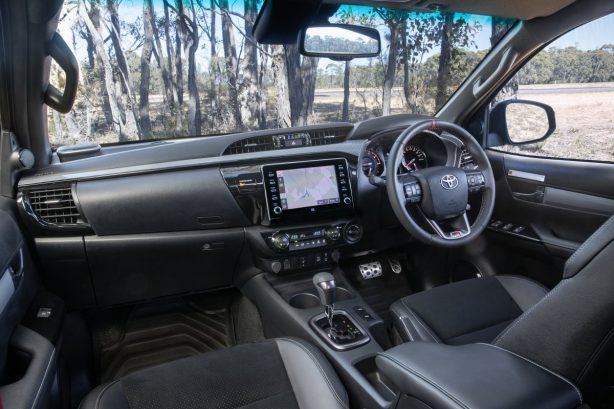 Available exclusively in the double-cab body style, the new HiLux GR Sport boasts a wider stance with its Dakar-inspired design, giving a strong and muscular image with prominent satin-black over-fenders that seamlessly integrate into the bumper.

A strong upright grille, designed for maximum cooling area, draws attention to the signature GR grille mesh. It’s said that all exterior body parts have been sculpted in the wind tunnel for aerodynamic efficiency.

The new model rides on 17-inch alloy wheels with all-terrain tyres while its off-road credentials are further reinforced by the addition of a skid plate, rock rails and red rear recovery points.

Inside, the monochromatic black theme is set off with bright sports pedals and red seatbelts. GR branding is featured inside and out, including on the steering wheel, headrests, red brake callipers, exterior badges – and even embossed into the tub-liner.

The new HiLux GR Sport is slated to launch in Australia during the second half of 2023, with pricing to be confirmed closer to launch.