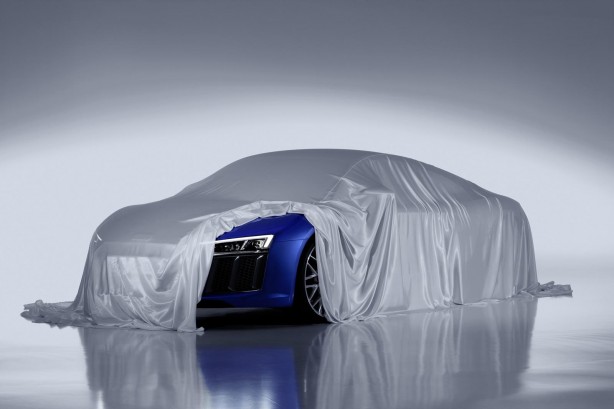 Audi has released its first teaser of the highly anticipated next-generation Audi R8.

The teaser image reveals the headlights of the 2nd-generation R8 said to be the first of a number of technology highlights of the new supercar. The LED headlights contain 37 LEDs in each unit and will come as a standard feature.

While the company hasn’t mentioned anything about the car’s powerplant, rumour has it that the naturally aspirated 4.2-litre V8 in the entry-level model will be discontinued, and likely replaced with a smaller turbocharged engine. The 5.2-litre V10 putting out approximately 425kW (578HP) is set to continue albeit tweaked for higher performance and better efficiency. A turbodiesel is also on the cards.

The 2015 Audi R8 will make its debut at the Geneva Motor Show in March.