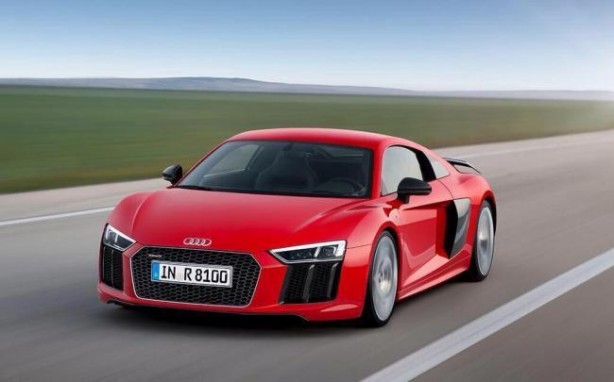 A photo purported to be the second-generation, 2015 Audi R8 has found its way onto the web.

Published by Motor Pasion, the photo shows the front quarter view of the car. While we have no way of verifying the image at this stage, the fins on the lower air intakes and headlights do resemble the official teaser image that Audi released a few weeks ago.

If the photo is indeed legitimate, current owners would be familiar with the 2015 Audi R8 as it seemed to have changed little – at least from the sides.

As reported previously, the new car is likely to get a smaller turbocharged engine for its entry-level models, while the 5.2-litre V10 shared with the Lamborghini Huracan will soldier on, albeit tweaked for higher performance and better efficiency. A turbodiesel is also on the cards.

The 2015 Audi R8 will debut at the Geneva Motor Show next week.