2019 Kia Cerato steps up in size and sophistication 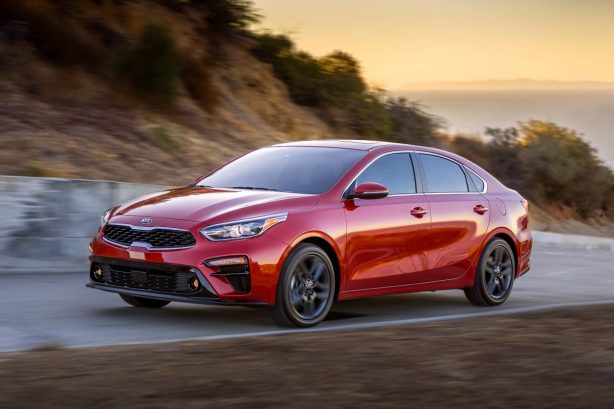 The all-new 2019 Kia Cerato has made its debut at the North American International Auto Show today, offering drivers a higher level of comfort, fuel efficiency and advanced driver assistance technologies.

While the third-generation Cerato retains its sporty and youthful image, it has graduated to a more sophisticated appearance thanks to a number of sleek and dynamic styling cues inspired by the Stinger fastback sport sedan.

Like the Stinger, the Cerato’s short deck lend it an overall fastback-like shape. Creases in the bonnet contribute to the Cerato’s muscular appearance and distinctive design traits on the front fascia. At the rear, similar to the Sportage compact crossover, a sleek horizontal trim piece connects the taillights.

Overall length has increased by 81.3mm to 4640.6mm, allowing for more legroom and additional cargo space. Additional headroom results from increasing the overall height nearly 12.7mm to 1440.2mm, while the overall width has grown to 1798.3mm.

Again drawing inspiration from the Stinger, the interior features a horizontal theme for a sense of openness with clean lines and minimal buttons. Aeronautically inspired spoked circular vents adorn the dash and increased soft-touch points create a comfortable and visually appealing cabin.

Kia has not announced powertrain details for global markets but the US market Cerato will feature a 2.0-litre petrol engine running on Atkinson Cycle and mated to a CVT automatic. 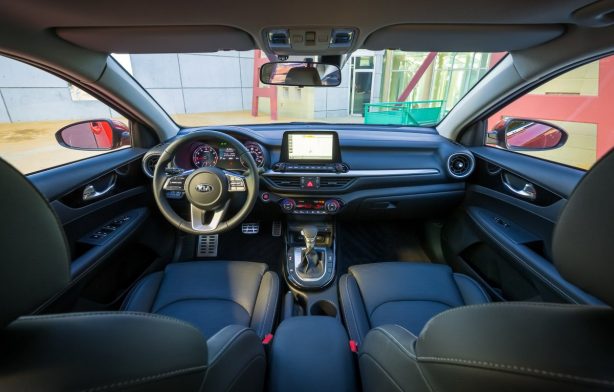