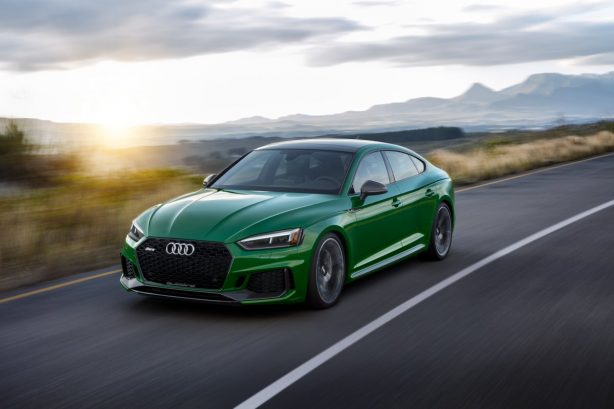 If you’ve ever thought the new RS 5 didn’t have enough doors, Audi will have you covered when the five-door RS5 Sportback joins its two-door sibling in showrooms for the same $157,700 list price early in the new year.

Standing out amongst the crowd, with no hot fastback equivalent from BMW or Mercedes-Benz, the RS 5 Sportback not only offers more doors than the regular RS 5, but is also built with a longer wheelbase underpinning it.

Under the bonnet, however, you’ll find no changes from the coupe, with the Sportback utilising the same 2.9-litre twin-turbocharged V6 – which uses a ‘hot vee’ turbo setup, placing the blowers between the cylinder banks – that produces a hefty 331kW and 600Nm, while consuming fuel at a claimed rate of 8.9L/100km. 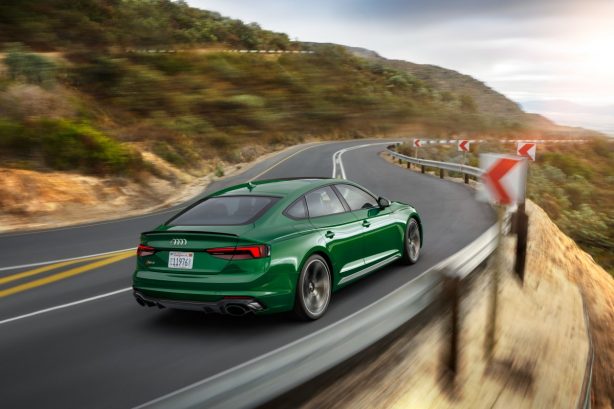 Paired to an eight-speed torque converter automatic and Audi’s signature Quattro all-wheel drive system, the RS 5 Sportback will dash from 0-100km/h in the same 3.9 seconds as the coupe – 0.2 seconds faster than the RS4 Avant with which its drivetrain is also shared.

With the exception of offering rear doors and a rear hatch rather than a traditional boot lid, the Sportback is otherwise specified identically to the coupe.

On the inside, it still sports the same Fine Nappa leather seats with quilted stitching, Bang & Olfsen 3D audio system, virtual cockpit driver display, head-up display, and a wireless phone charger. It also sports a similarly aggressive body kit, flared wheel arches, and 20-inch wheels on the outside, along with the optional Sonoma Green paint scheme – an RS5 exclusive. 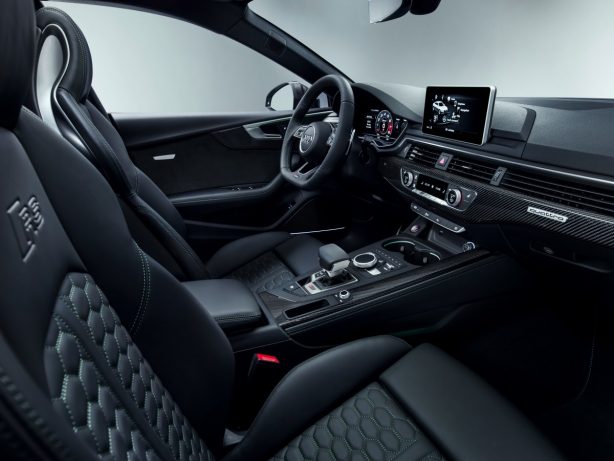 The RS 5 Sportback will find its way into Aussie showrooms from February 2019.