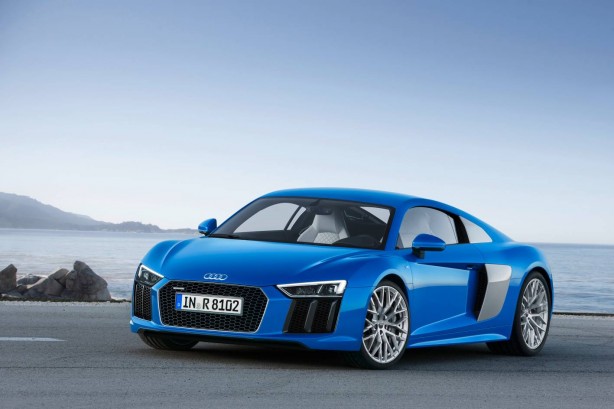 Audi has officially taken the wraps off the all-new R8 supercar. Set to debut at the Geneva Motor Show next week, the second generation Audi R8 features a revised mid-mounted V10 engine matched with a newly developed quattro all-wheel-drive.

The high-revving 5.2-litre V10 FSI engine produces 397 kW as standard, with a higher output version churning out 449 kW in the range-topping R8 Plus. 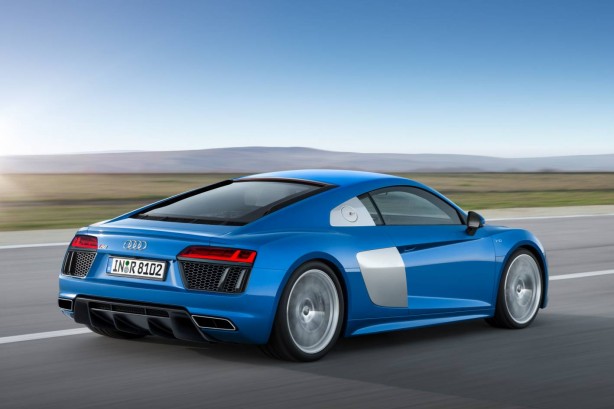 A 7-speed S tronic transmission and a newly developed quattro drive system transmit the power to the road. The distribution of the drive torque adapts to the respective driving conditions – in extreme cases, 100 percent of the torque can be transmitted to the front or rear axle.

The new R8 employs a multimaterial “Audi Space Frame” (ASF) which the company says ensures low weight and optimum axle load distribution, thanks to the combined use of aluminium and carbon-fibre reinforced plastics (CFRP) in the construction. The top model R8 V10 plus tips the scale at just 1,454 kg. 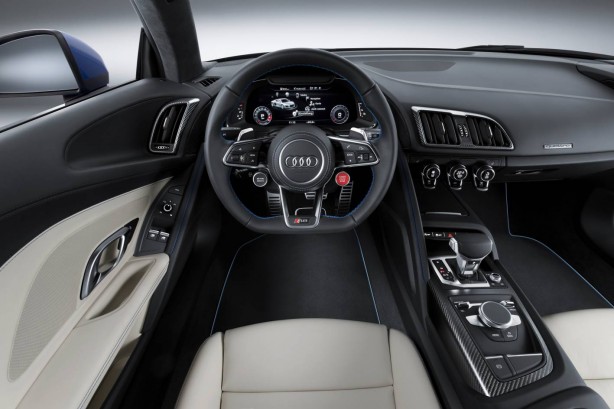 High clarity digital displays adorn the new R8 cabin. The most important controls are grouped together in button clusters on the steering wheel, also known as satellites. The interior draws inspiration from the company’s racing cars, with a functional yet uncluttered design. The air conditioning controls emphasize the simplicity of the control panel with its floating effect. MMI navigation plus with MMI touch is standard.

Full details of the new 2015 Audi R8 will be released at the official premiere at Geneva next week.

Mercedes has taken the wraps off its new-generation GT sports car, the 2022 Mercedes-AMG SL …